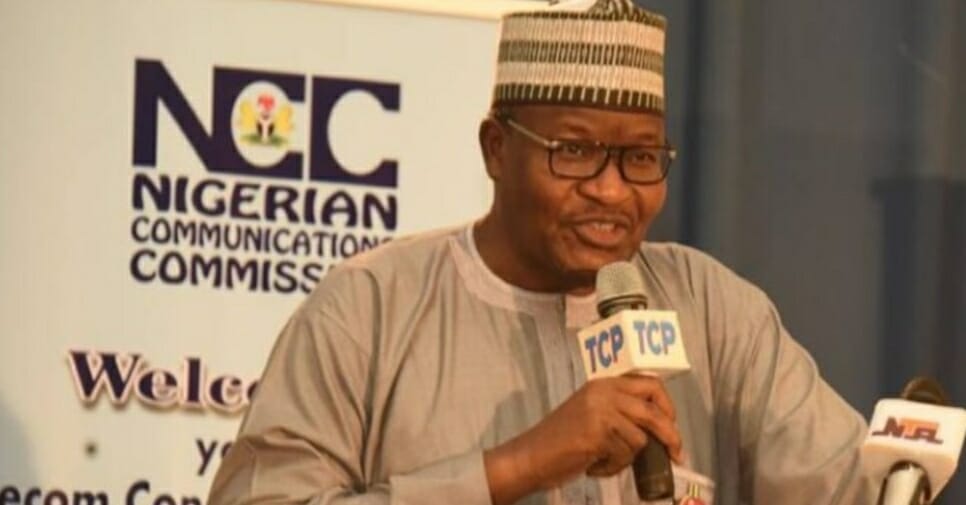 NCC: We’re ready to deploy 5G network across the country

Executive vice chairman of the Nigerian Communications Commission (NCC), Umar Garba Danbatta has stated that the federal government is ready to deploy fifth generation (5G) network across the country.

5G mobile technology is an improvement on the current 4G technology, and it is already in deployed in some countries like China, Australia, New Zealand, and Thailand.

This was made known by Danbatta while responding to questions from Bitrus Bako Nabasu, the new permanent secretary of the ministry of communications and digital economy, during a presentation in Abuja on Wednesday.

Minister of communications and digital economy, Isa Pantami had announced that the federal government will soon deploy 5G network in the country to increase connectivity.

Pantami said that the decision to deploy the 5G network followed an outcome of thorough investigations, research and trial absolving it of posing security or health threat.

He explained that the work on the national policy on 5G stands at 95 percent done and will be presented to the federal executive council (FEC) in due course.

Danbatta said the NCC is ready for the implementation of the government’s decision.

The NCC boss also lauded the thriving healthy competition in the telecommunications industry, which he said has driven down the prices of data in the country.

He said the NCC is requesting for additional spectrum to be allocated by the National Frequency Management Council (NFMC) to facilitate adequate deployment.

“On the 5G, the Minister of Communications and Digital Economy, Dr. Isa Ali Ibrahim Pantami has spoken about the Federal Government’s position to deploy as soon as possible. Our state of readiness is very high,” he said.

“There’s an auction committee for 5G with a deployment plan ready. As you know, without a plan you cannot have a successful deployment.”

“All we are asking is additional spectrum to be allocated by the National Frequency Management Council (NFMC). Of course some of these spectrums are ready but we have to get the Federal Government’s approval to go ahead with the auctions.”

Danbatta said the commission will launch a book to provide more insight into the workings of NCC under his watch.

He said the commission will continue to deploy its mandate to boost the economy and ensure national development.

“I have spoken about the first Strategic Vision Plan (SVP), comprising 8 agenda items. The SVP has come to the end and we have written a book providing documented progress we have made while implementing it. I am pleased to inform you that the book will be unveiled on 7th September, 2021,” he said.

“The Commission will continue to put in its best in the discharge of its mandate, especially in facilitating the deployment of broadband infrastructure, which is central to diversifying the Nigerian economy and national development.

“It’s our belief also that the communications industry, under the leadership of the Ministry of Communications and Digital Economy, will experience more quantum leap and retain its current flagship role in the telecommunication space.”