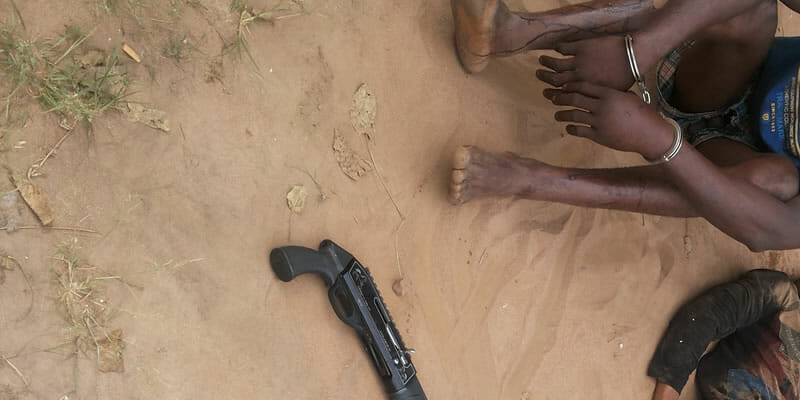 The gunmen had earlier ambushed a vehicle conveying murder suspects to a correctional centre in the town.

Police spokesperson in the state, Yemisi Opalola, said in a statement issued in Osogbo that the gunmen attacked the vehicle after Osunjela River on the Osogbo-Ilesa Road, after it developed a fault.

Opalola explained that mechanics were working on the vehicle when the four armed men emerged from a bush on a motorcycle and fired sporadically in a bid to free the suspects.

She said that in an exchange of fire, the hoodlums abandoned their motorcycle and fled into the bush.

According to her, three locally made guns, one pump action gun; two cut-to-size barrel guns with fourteen live cartridges were recovered from the assailants.

Opalola said that three of them later died from gunshot wounds at a hospital in Osogbo, while the body of the fourth suspect was recovered from the bush.

“When we combed the bush for possible arrest of the fleeing suspects, the dead body of one of the attackers was recovered with bullets wounds.

“While searching his body, two live cartridges and a piece of paper with incantation written in Yoruba language with the names of the perpetrators were found in his pocket,’’ she said.