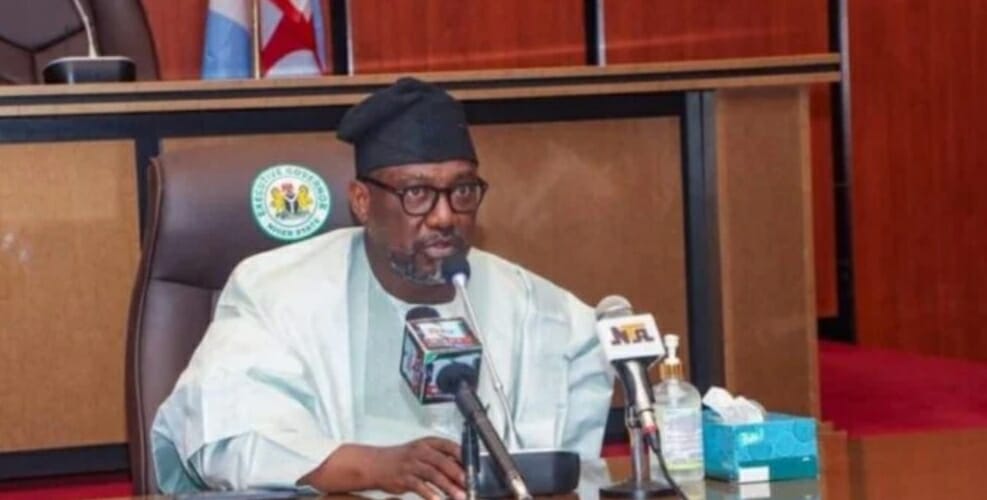 Niger governor reveals where bandits who attack the state come from

Governor of Niger state, Abubakar Bello has stated that bandits who attack communities in the state come from Zamfara.

This was disclosed by Abubakar Bello during an assessment visit to Ma’undu community in Mariga LGA of the state.

Noting that there are no camps for bandits in Niger, Bello stated that states need collaboration in order to effectively address banditry.

“In Niger state, we do not have any camp for bandits. Unfortunately, they come from neighbouring states of Zamfara. They come to do their heinous acts and they go back,” he said.

“This situation, to come to a complete closure, will require joint operations in various states. All states, especially the affected ones, have to work together.”

Speaking on attacks in Ma’undu community, he expressed concern over the displacement of residents, adding that four more villages around the area have also been deserted.

He noted that the government is already working on ensuring that residents return to their homes safely.

“This area is very important and is known for agriculture. They are farmers; that is all they do. But this year, most of them have not been on their farms and that is one of the most disturbing situations,” he said.

“I have just directed that now that we have secured this place, we should do whatever we can within the shortest possible time to support the farmers to see how they can again make better use of their farmlands.”