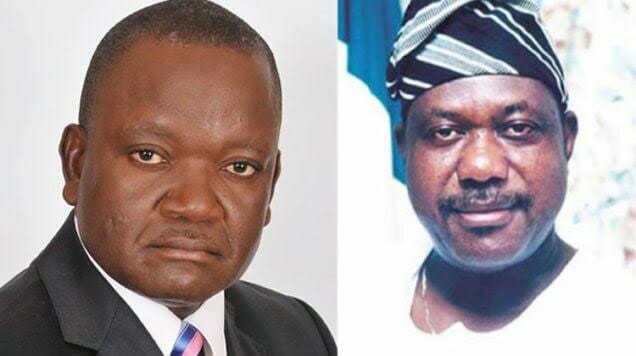 Benue State governor, Samuel Ortom, has dragged the Minister Of Special Duties and Intergovernmental Affairs, Senator George Akume, to court over the allegations levelled against him by the latter at a press conference held in Abuja on Monday, August 30 2021.

The governor, who made his decision known at the Government House, Makurdi, on Wednesday, said “I did not want to join issues with the Minister, so I choose the honourable way.”

According to him, “the minister lost his Senatorial ambition in 2019 because of his abysmal performance and now he has gone all out to vent his anger on me by distablising my government, but I am not deterred because this is not the first time. In 2018, he also instigated members of the State Assembly to impeach me and they resisted by impeaching the then speaker. So, we will meet at the court.