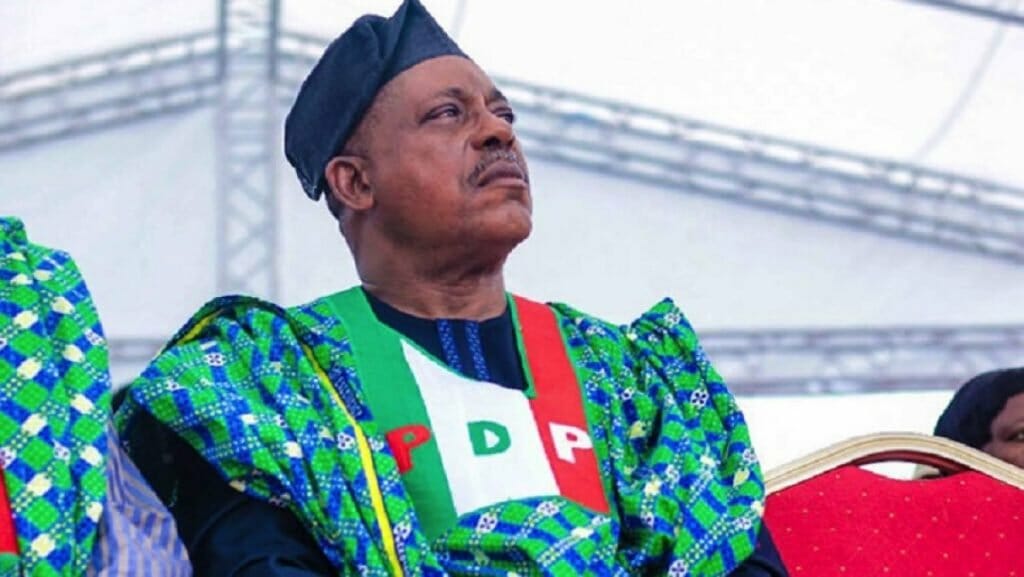 Uche Secondus, embattled national chairman of the main opposition party has been suspended by the executive committee of the Peoples Democratic Party (PDP) ward 5 in Ikuru, Andoni LGA of Rivers state.

According to the chairman of the ward identified as George Christopher, Secondus was suspended at a meeting held at the party’s secretariat in Ikuru.

Christopher while speaking on Tuesday said 11 out of the 17 executive members approved the suspension of Secondus from the ward chapter of the party.

Secondus, a member of ward 5 in Ikuru, Andoni LGA, was a former chairman of the party in Rivers.

“The ward executive of the Peoples Democratic Party in ward 5, Ikuru town, and the leaders met on the 31st of August, 2021 issues that affect the party,” he said.

“Suspension of Prince Uche Secondus was done by the ward executive after a duly constituted ward meeting called by the secretary on the instructions of the chairman, according to the constitution of our great party.”

When contacted, the spokesperson of Secondus identified as Ike Abonyi said his principal has not been served notice on the development.

“The national chairman is not aware of that,” he said.

Recall that the embattled chairman, Secondus has been under increased pressure of late, with demands for his resignation coming from various quarters.

A high court in Rivers state lastweek granted an interim order restraining Secondus from parading himself as the national chairman of the PDP.

But another high court sitting in Kebbi ordered that Secondus retain his position as national chairman of the party.

However, last Friday, a high court in Cross River state barred him from resuming office as the national chairman of the PDP.