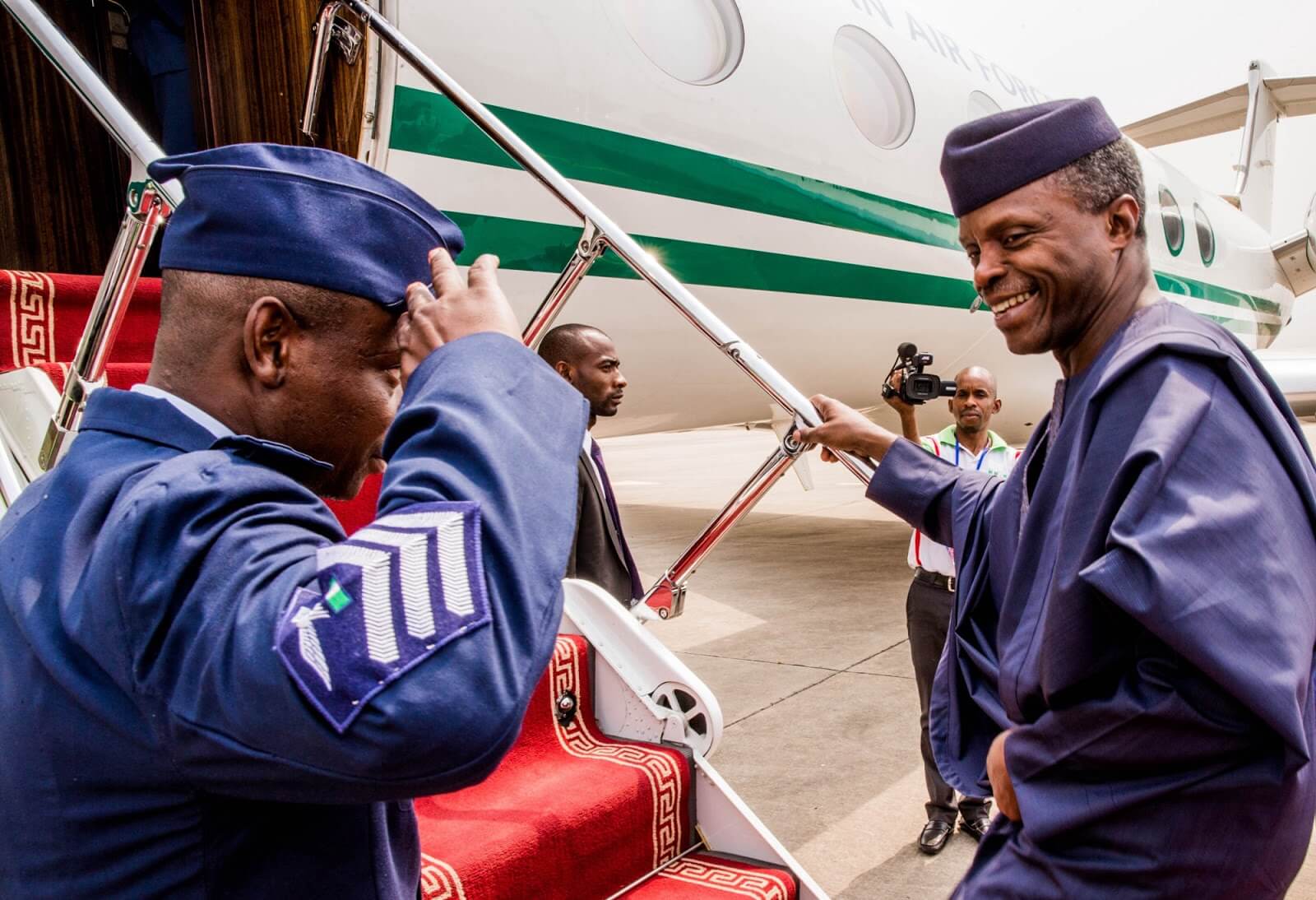 Osinbajo jets out of Nigeria

Vice President Yemi Osinbajo is set to embark on a trip to Tanzania.

Osinbajo is expected to leave Nigeria on Thursday on a three days trip to Arusha, Tanzania for an official assignment

Laolu Akande, the Vice President’s Media Aide, disclosed this via his Facebook page.

Akande said Osinbajo is expected to return to Nigeria on Monday.

While in Arusha, the Vice President is expected to meet with his Tanzanian counterpart, Dr Philip Mpango.

He would also visit the African Court of Justice and Human Rights (ACJHR) in Arusha.

Laolu said: “Vice President Yemi Osinbajo, SAN, is leaving Abuja today on a short visit to Arusha, Tanzania, where he will be received by his Tanzanian counterpart, Dr. Philip Mpango.

“While in Arusha, Prof. Osinbajo would visit the African Court of Justice and Human Rights (ACJHR), an African Union agency in Arusha, among other engagements before he returns to Abuja on Monday.”