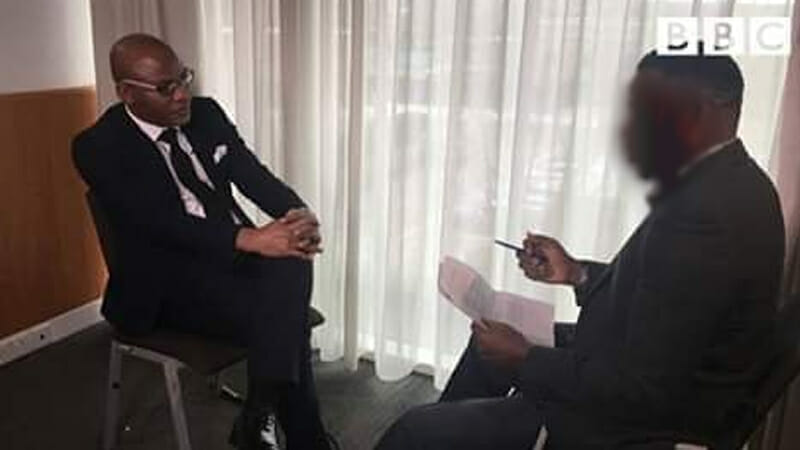 Obiejesi Chukwunaeme Kingsley, an Igbo reporter with the British Broadcasting Corporation, BBC, has accused the Indigenous People of Biafra, IPOB, of threatening his life.

Kingsley alleged that some IPOB members are threatening his life because his reports were against them.

The BBC reporter, however, said he was familiar with such death threats.

In a post on his Facebook, Kingsley, who did not mention IPOB by its name, indicated by what the members use which is ‘Umu Chineke.’

He wrote: “As a journalist working with BBC Igbo Service, I am not new to death threats. Myself and my colleagues get death threats on a daily basis. Sometimes it hurts, but most times I laugh it off.

“The interesting thing is that the people that threaten to kill me and my colleagues are the same people that refer to themselves as “Ụmụ Chineke” or “ụmụ Chukwu okike Abiama”. Is it not funny?

“I am not allowed to join issues with these death mongers, but whenever I see the threats, I reply in my heart: “My name is Chukwunaeme. Ejirọ ọnwụ eyi m egwu.”

IPOB has been accused of attacking and killing some people of the Southeast not sympathetic to their agitation for Biafra.

But, IPOB had always denied such allegations, claiming that its members are peaceful people.

Kanu has been in detention following his rearrest in Kenya.