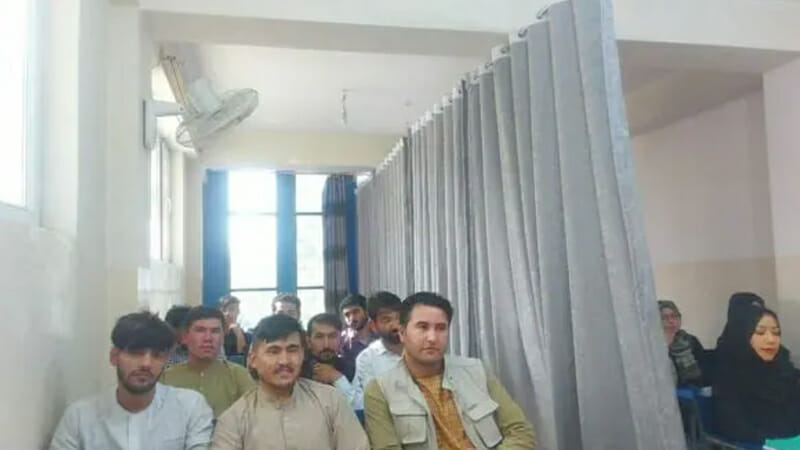 Disturbing pictures have emerged from a university in Afghanistan after the Taliban takeover – with female students hidden behind a curtain.

The photos were reportedly taken at Ibn-e Sina University in the country’s capital Kabul.

In the images, men and women are seen sitting on separate desks with a curtain dividing them.

Ali Adili, a researcher with Afghanistan Analysts Network, said it used to be one of the “liveliest private universities”.

Some female students are abandoning their university places out of fear, while others have to be escorted to class by a male family member.

“I am very upset. Our class is only for girls… but our entrance was separate [to male students]. We entered the university in fear and shivering.

Poly Ibadan to students: Vacate halls of residence, we are on vacation 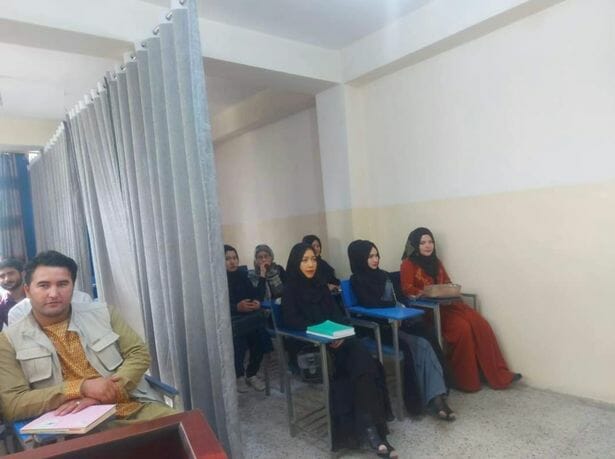 “We were afraid that the Taliban might come to our university. We returned home soon and did not even study.

“The right to education [has been] taken away from us girls. Our only place [now] is at home. Girls cannot go [to study] out of fear.”

The Taliban earlier told women what they should wear while studying in a decree, and said universities “are required to recruit female teachers for female students based on their facilities”.

Otherwise, women should be taught by “old men of good character”.

After the Taliban’s seizure of power last month, a spokesman told Sky News that they could be educated up to the university level.

The group also promised a peaceful transition of power and no revenge killings.

However, Taliban terrorists have already carried out heinous human rights abuses against women and mass murders.

Many Afghans now fear a return to the brutal regime of the 1990s and early 2000.

Earlier this month, a pregnant policeman was allegedly shot dead by Taliban militants in the capital of central Ghor province, Firozkoh.

Banu Negar was killed in front of her husband and children BBC News reported.