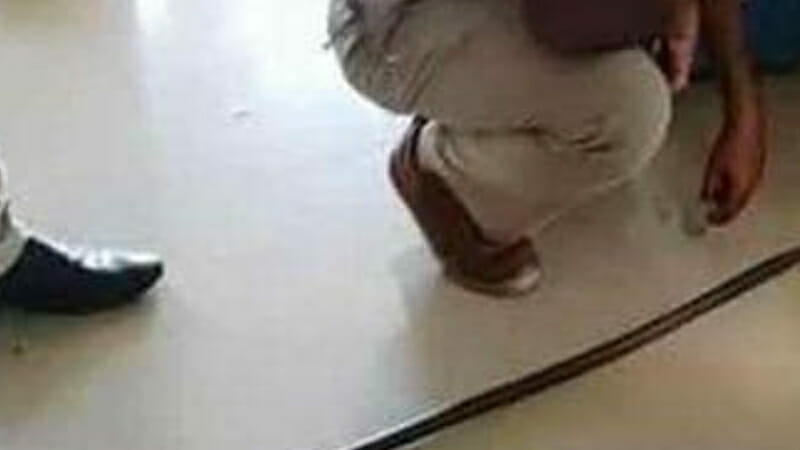 A 30-year-old man, Gboyega Ogunlola, has been remanded in a custodial centre for allegedly inserting an iron into the private parts of a 27-year-old lady after reportedly raping her.

An Ado Ekiti Chief Magistrate’s Court on Friday gave the order after Ogunlola was arraigned for rape and attempted murder.

According to the victim’s statement to the police, the defendant took her in his car when she was going to Anambra State to check on her children.

She added that she slept off in the process and later found herself in Ogunlola’s room where he allegedly raped her and inserted a piece of iron in her private parts which landed her in a hospital.

The victim also alleged that the defendant stole her phone and a sum of N260,000 meant for her children’s school fees.

The police prosecutor, Inspector Olubu Apata, said, “The defendant was reasonably suspected to have committed the offences of rape, attempted murder and stealing from a 27-year-old girl in Iworoko Ekiti on September 5, 2021.

The presiding Chief Magistrate, Saka Afunso, granted the prosecutor’s request, who urged the court to remand the defendant in a correctional centre in Ado Ekiti to enable him forward the duplicate case file to the Office of the Director of Public Prosecutions for legal advice.

Afunso adjourned the case till October 5, 2021 for mention.