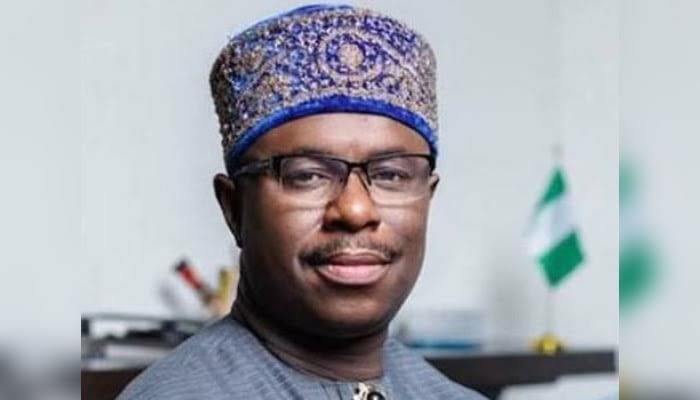 It is shameful for pensioners to protest, Dakuku Peterside tells Wike

Former director-general of the Nigerian Maritime Administration and Safety Agency (NIMASA) has stated that it is shameful to Rivers state for pensioners to protest over understanding entitlements.

Recall that pensioners in Rivers state on Wednesday took to the streets to protest the non-payment of their gratuities and pension arrears “since 2012”.

According to report, the pensioners embarked on the peaceful protest because all other efforts to make the government pay them had proved abortive.

In a statement released on Thursday by Peterside’s media team, the former NIMASA DG expressed sadness over the protest, saying it characterises the attributes of a “wicked and irresponsible” emperor.

Peterside said there is no justifiable reason the governor has not paid the pensioners, adding that the state cannot complain of lack of funds, since huge allocations have been received in the last six years, in addition to Paris Club refund, borrowings from banks, and another N75 billion refund from the federal government.

He, therefore, called on Nyesom Wike, governor of Rivers, to pay the pensioners their outstanding entitlements without further delay.

“At no time in Rivers state history have senior citizens been treated with so much disdain and disrespect. Here are men and women, some who may have taught Wike in primary and secondary schools, begging the governor to pay them what is their right,” he said.

“I was moved to tears when I saw the pictures of old men and women protesting at their age. This is embarrassing and shameful to a state that has enormous resources to pay them all their entitlements and allowances.

“Governor Wike still has an opportunity to redeem his battered image by immediately commencing the processes to pay them. On no account should they come out protesting again. Enough is enough of their unmerited sufferings every year.”

Peterside also expressed sympathy for the pensioners, adding that in due time, their prayers would be answered.