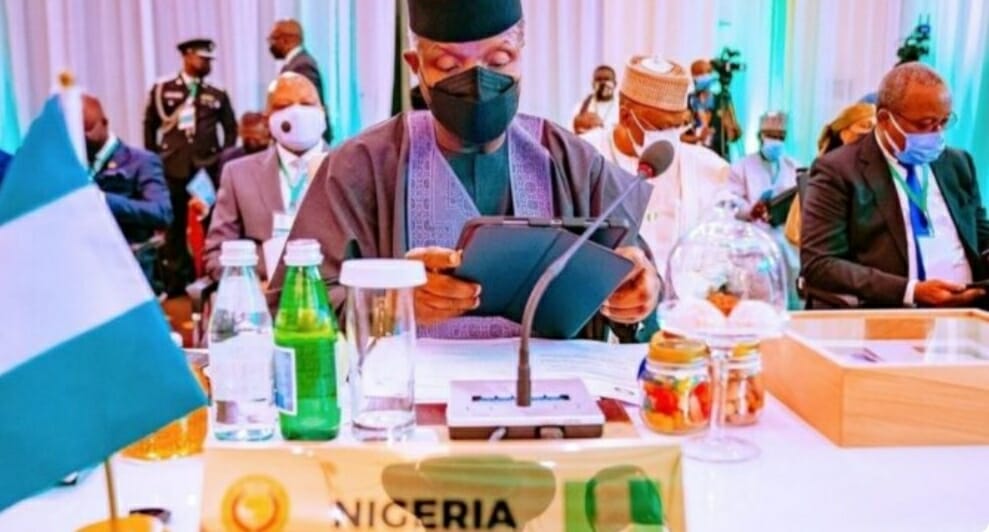 The federal government has asked the Economic Community of West African States (ECOWAS) to insist on the prompt restoration of democratic rule in Guinea.

This call was made on Thursday by the vice-president while representing President Muhammadu Buhari at the extraordinary summit of the authority of heads of state and government of ECOWAS member-states on the political situation in the republics of Guinea and Mali, which was held in Accra, Ghana.

This is coming days after Guinean President Alpha Conde was ousted in a coup d’etat.

Speaking at the summit, Osinbajo called for the unconditional release of Condé and for more pressure to be put on the country’s military leaders to return the nation to democratic rule.

“It is also important that ECOWAS should simply insist that there should be an immediate return to civil rule,” he said.

Calling for more stringent measures to be taken by the sub-regional body, Osinbajo added, “we must make sure that sanctions by ECOWAS achieve the intended objectives”.

The vice-president restated the call to engage global bodies and Africa’s development partners in taking steps to prevent such unconstitutional change of government in countries on the continent.

“In this connection, I think we should engage all well-meaning stakeholders including the Africa Union, European Union, United Nations, developmental partners, and financial institutions to join in taking more stringent measures by imposing travel bans and freezing of offshore financial assets of the coupists and their collaborators to ensure that they do return the country to democracy immediately,” he said.

According to a communique issued at the end of the extraordinary summit, ECOWAS said it has decided to “uphold the suspension of Guinea from all ECOWAS governing bodies until the restoration of constitutional order, to ensure the conduct of presidential and legislative elections within six (6) months in order to restore constitutional rule in the Republic of Guinea, to impose sanctions, in accordance with extant ECOWAS Protocols, of travel bans on the members of the CNRD (the Guinean military junta) and their family members and to freeze their financial assets”.

Highlighting Nigeria’s position further, ECOWAS also called “on the African union, the European union, the United Nations, and other multilateral and bilateral partners to support the implementation of these sanctions; to ensure that no member of the military junta is allowed to contest in the presidential election”.

The authority said it will assist Guinea in the resolution of the crisis and in the preparations for the elections.