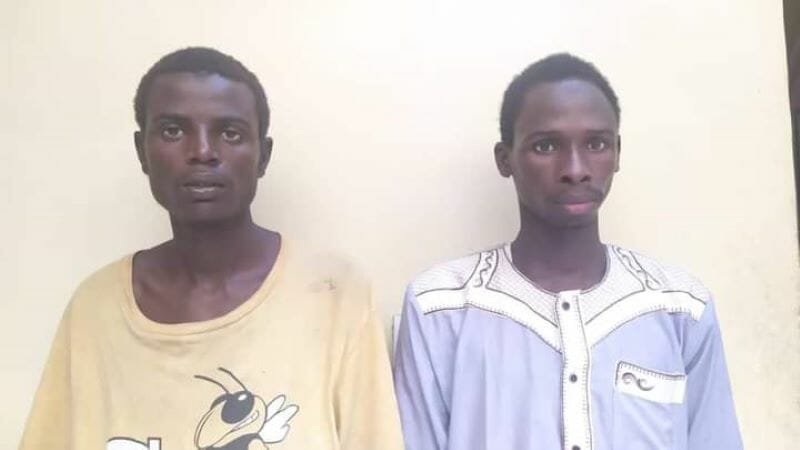 Operatives of the Kano State Police Command have rescued a three and half-year boy and arrested two suspected kidnappers in the Ja’in quarters area of the state.

The Public Relations Officer of the State Police Command, DSP Abdullahi Haruna Kiyawa, who disclosed this in a statement released on Saturday said, this followed a complaint lodged by a resident of Ja’in Quarters, Kumbotso local government area that his son, Mohammed Aminu was kidnapped and a ransom of 10 million Naira was demanded.

Kiyawa said upon receipt of the complaint, the Commissioner of Police, Kano State Command, Sama’ila Shu’aibu Dikko raised and instructed a team of detectives led by SP Shehu Dahiru, to rescue the victim and arrest the culprits.

“The victim was rescued unhurt and rushed to Murtala Mohammed Specialist Hospital Kano, where he was treated and discharged,” he disclosed.

According to DSP Kiyawa, during preliminary investigation, one of the suspects; Abdullahi Mukhtar confessed that, the victim is his relative and he conspired with his friend, Ashiru Yakubu, kidnapped the victim, held him hostage and demanded for 10 million Naira, but later settled for Six Hundred Thousand Naira only.

“The two suspects confessed to the crime and have been charged to court for prosecution,” Kiyawa said.