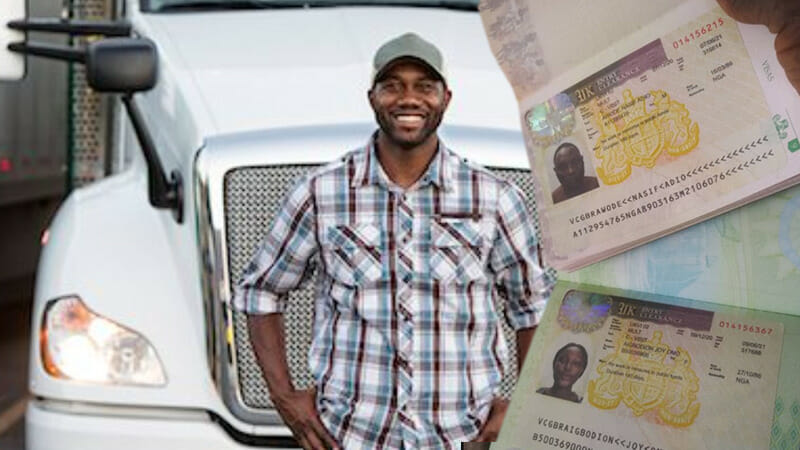 UK launches special visas for truck drivers, farmers from Nigeria and other countries

In an attempt to solve the shortage of labour, which has resulted in fuel scarcity, the United Kingdom has now launched a special visa scheme for immigrant lorry drivers, farmers and poultry workers.

The special visa scheme is a three months visas to drivers from Nigeria and other nationalities.

According to UK Transport Secretary, Grant Shapps, the scheme would ease the effect of the global COVID-19 pandemic on the country’s haulage and food industry.

Recall that the UK is presently suffering a severe shortage of lorry and fuel tanker drivers, which has disrupted fuel and goods deliveries.

Supermarkets and petrol stations have complained over low supply due to the unavailability of lorry drivers to deliver fuel and goods.

BBC reported that lengthy queues were spotted in some petrol stations on Sunday morning in London while other stations put up signposts saying they had no fuel.

There are reports that the shortage of truck drivers was due to the COVID-19 pandemic, an ageing workforce, Brexit, low income and poor working conditions.

The announcement on the UK government’s website partly reads;

“Recruitment for additional short-term HGV drivers and poultry workers will begin in October and these visas will be valid until 24 December 2021. UK Visas and Immigration (UKVI) are preparing to process the required visa applications, once made, in a timely manner.

“However, we want to see employers make long term investments in the UK domestic workforce instead of relying on overseas labour to build a high-wage, high-skill economy.

“Visas will not be the long term solution, and reform within the industry is vital. That’s why the government continues to support the industry in solving this issue in the long term through improved testing and hiring, with better pay, working conditions and diversity.

UK government is als investing up to £10 million to create new skills bootcamps to train up to 3,000 more people to become HGV drivers to tackle the current HGV driver shortage. An additional 1,000 people are expected to be trained through courses accessed locally and funded by the government’s adult education budget.

In the same Visa announcement the government said;

“Fuel tanker drivers need additional safety qualifications, which the government will work with industry to ensure drivers can access as quickly as possible.

“To help make sure new drivers can be road ready as quickly as possible, the Department for Transport (DfT) have also agreed to work with Driver and Vehicles Standards Agency (DVSA) to ensure that tests will be available for participants who have completed training courses as soon as possible.

“The Ministry of Defence (MOD) is also announcing today the immediate deployment of their Defence Driving Examiners (DDEs) to increase the country’s testing capacity. MOD examiners will work alongside DVSA examiners, providing thousands of extra tests over the next 12 weeks.

The package comes as the DfT, along with leading logistics organisations have worked with the DVLA to send nearly 1 million letters to thank HGV drivers for their vital role supporting our economy, and to encourage those who have left the industry to return. The letter, which will arrive on doormats over the coming days, sets out that the steps the road haulage sector is taking to improve the industry, including increased wages, flexible working and fixed hours.

“Alongside this, 5,000 HGV drivers will be able to come to the UK for 3 months in the run-up to Christmas, providing short-term relief for the haulage industry. A further 5,500 visas for poultry workers will also be made available for the same short period, to avoid any potential further pressures on the food industry during this exceptional period.