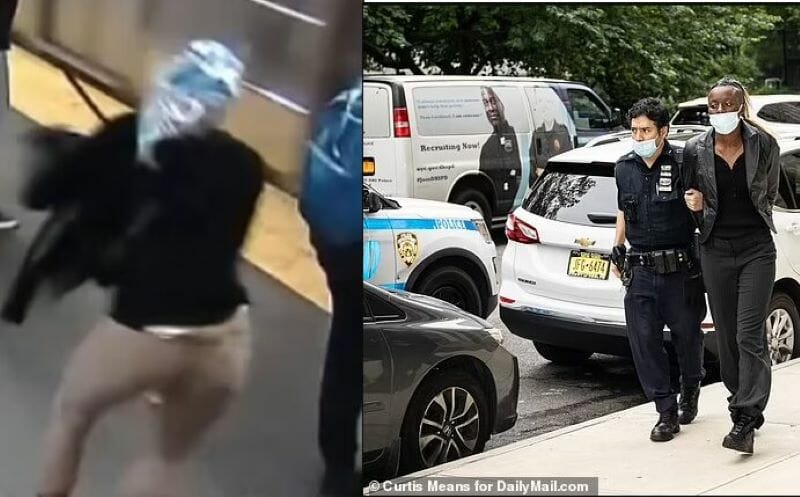 A Nigerian woman, Anthonia Egegbara has been charged with attempted murder after she was seen in a shocking footage shoving an innocent female commuter into the side of an oncoming NYC subway train.

New York City Police Department officers charged Egegbara on Tuesday over surveillance footage which shows her getting up from a bench and shoving a bystander into the side of a moving 1 train at the Times Square subway station around 8am Monday October 4.

The victim, a 42-year-old woman who has not been identified, was taken to a nearby hospital in stable condition after sustaining facial injuries following what is believed to be an unprovoked attack. 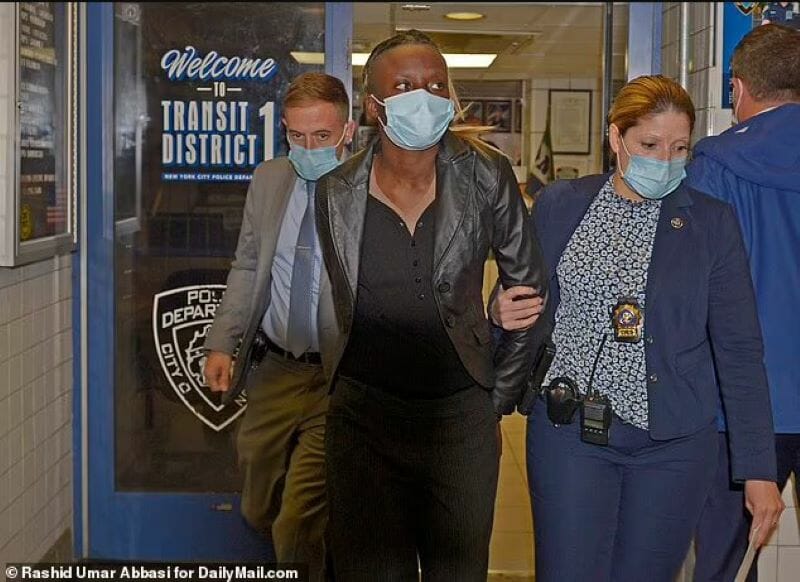 The 29-year-old Nigerian was arrested as transit crimes in New York City rose by 121.7 per cent for the week ending September 26, compared to the same period in 2020.

Egegbara, whose listed address is a hotel in Far Rockaway Queens that is used as a female shelter, instigated her alleged attack just hours before a man shot himself in the leg in that same subway station. 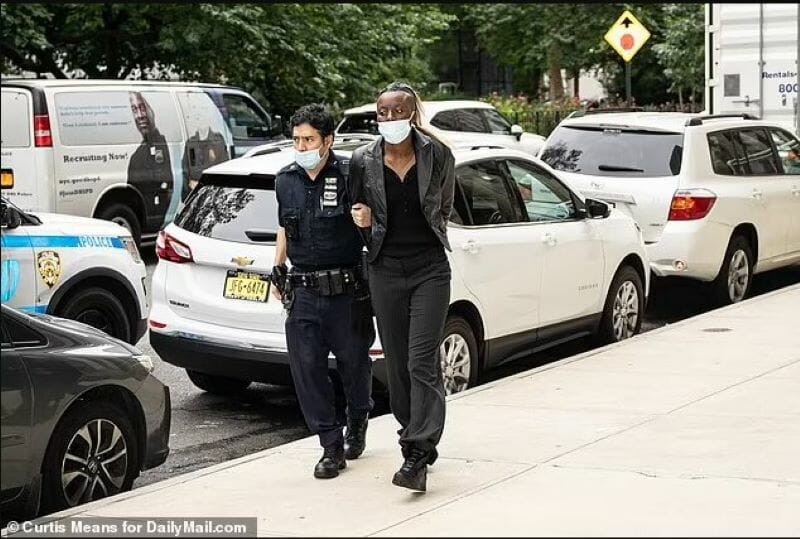 ABC 7 News reported that police might be sending Egegbara to a hospital to be mentally evaluated, with no motive yet given for the assault.