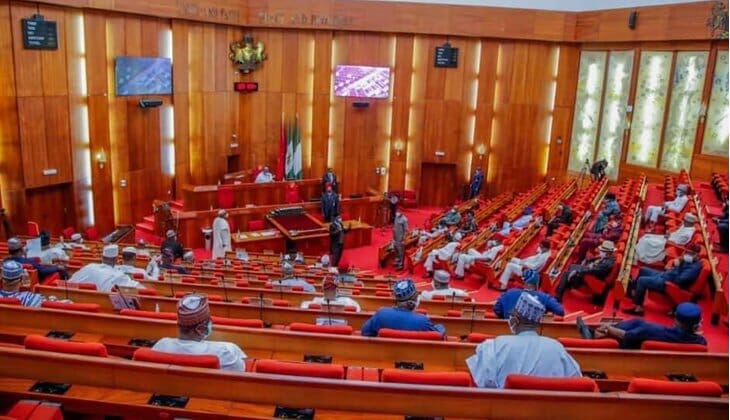 JUST IN: Senate approves only direct primaries for parties

An amendment to the Electoral Act which provides that political parties would henceforth use only the direct mode of primaries to elect candidates for elections has been approved by the senate.

Recall that the senate had earlier approved a provision in the Electoral Bill that allowed parties to use either direct or indirect mode of primaries in nominating candidates for elections during primaries.

The upper chamber of the national assembly made the resolution following a motion titled: “Motion for recommittal” sponsored by the Senate Leader, Senator Yahaya Abdullahi (Kebbi North).