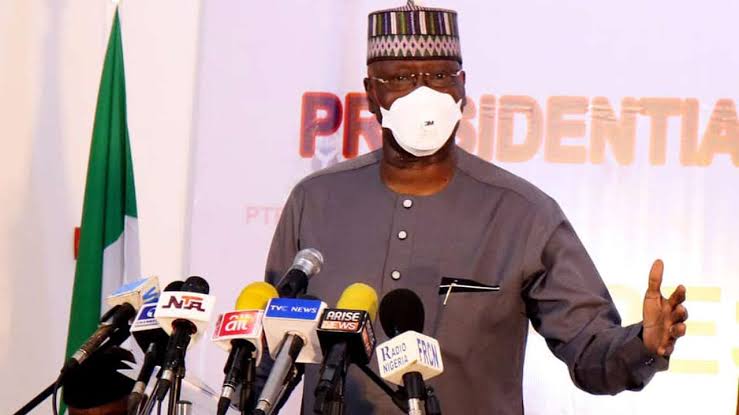 The federal government has disclosed that it has removed South Africa, Brazil and Turkey from the list of countries from which travellers were restricted from entering Nigeria.

This was disclosed on Wednesday by Boss Mustapha, chairman of the presidential steering committee (PSC) on COVID-19 at a media briefing in Abuja.

The federal government in June had included South Africa to the list of countries from which travellers are restricted from entering Nigeria — over the high infection rates recorded in the affected countries.

Speaking at the briefing, Mustapha further disclosed that a revised protocol for international travel will be released within the next 24 hours.

“Over several months, four countries were placed on high level restriction for travlers from such countries. The PSC has, after a review of the developments in these countries, decided to remove South Africa, Turkey, and Brazil from the restricted list,” he said.

“As you are aware, the UK has eased restrictions on fully vaccinated travelers from Nigeria to the UK with effect from 11th October. Nigeria welcomes this development and assures that the PSC shall continue to review Nigeria’s protocols based on global developments, science and national experience.

“A revised protocol will be issued in the next 24 hours.”

With the development, only India is left on the list.

Mustapha also advised Nigerians to ensure continued adherence to the COVID protocol, considering that the country will soon enter the season of festivities.

“The PSC wishes to put Nigerians on notice that two major religious festivities (Salah and Christmas) are approaching and we shall be experiencing increased passenger traffic in and out of the country,” he said.

“Similarly, events of large gatherings are likely to hold.

“While the PSC prepares to escalate surveillance and other control activities, we urge the states and all Nigerians to also increase their vigilance and take measure to moderate activities.”
Share