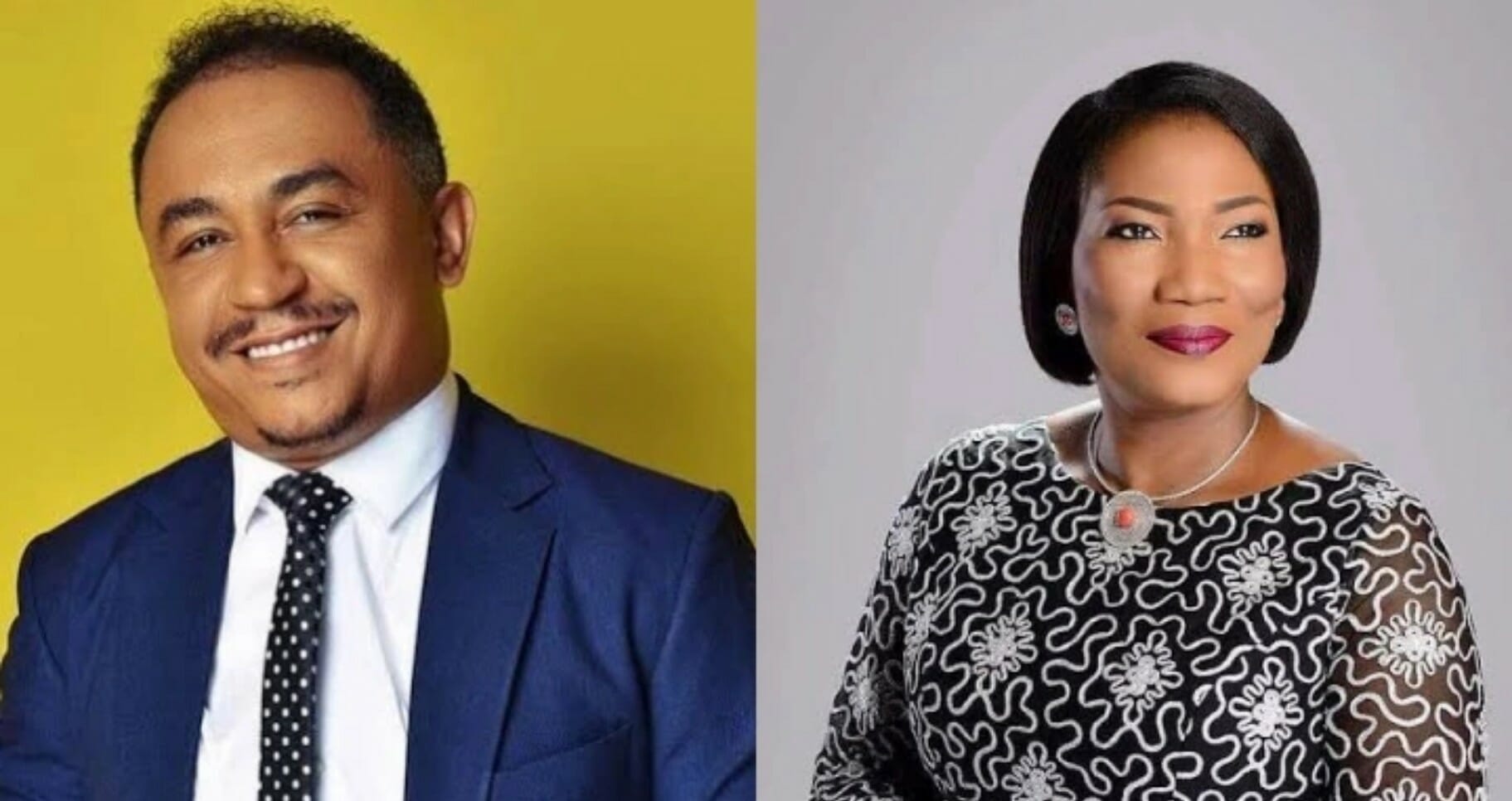 VIDEO: Daddy Freeze Tackles Pastor Funke Adejumo Over Her Message On “Cutting Ties With The Poor”

Popular Nigerian radio broadcaster, entertainer and businessman Ifedayo Olarinde who is also known as Daddy Freeze has replied the President of Agape Christian Ministries, Pastor Funke Adejumo, who told her congregation in the church to discard any friend they are richer than.

We recall that the female pastor had advised her members to check around them and cut off every friend they are richer than, and instead, look for richer people to befriend.

Responding to her sermon, Daddy Freeze pointed out that the pastor’s teaching was not in connection with what the Bible says, as the Bible teaches contentment among Christians.

According to Daddy Freeze, such doctrines are Antichrist’s doctrines, and the pastors who preached them should kneel before God and ask for forgiveness.

The controversial broadcaster went on to quote Bible passages where Christians were admonished not to be too conscious about money or wealth.

Furthermore, Daddy Freeze pointed out that he might be the richest among his friends, but his friends may have other things that he lacks, like knowledge, ideas, etc.