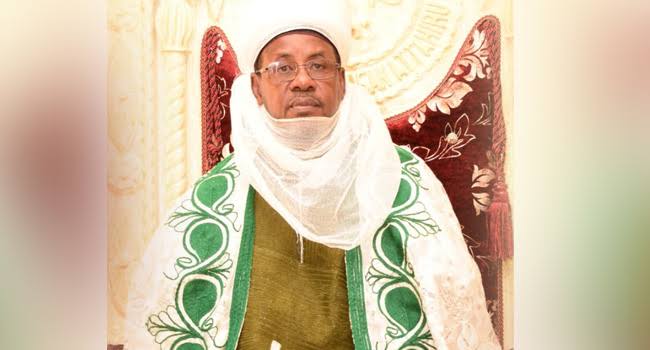 Emir of Bungudu in Zamfara State, Alhaji Hassan Attahiru has regained his freedom after being in captivity for 30 days.

A source at the palace who pleaded for anonymity confirmed on Thursday night that the monarch had been released by his captors.

It would be recalled that the Emir was abducted on September 14, 2021 along Abuja – Kaduna highway when bandits ambushed his vehicle and as a result of exchange of gunfire, a police officer was killed.

According to him, “the monarch will seek medical attention before proceeding to Zamfara. We are anxiously waiting to receive him.”

Recall that the sum of N20 million was paid as ransom for the release of the embattled monarch but his captors later changed their minds and refused to release him instead made a fresh demand of N100 million.

Thus, it was not clear whether N100 million was paid or not.

As at the time of filing the report, the Kaduna State police or Zamfara State government were yet to issue a statement.