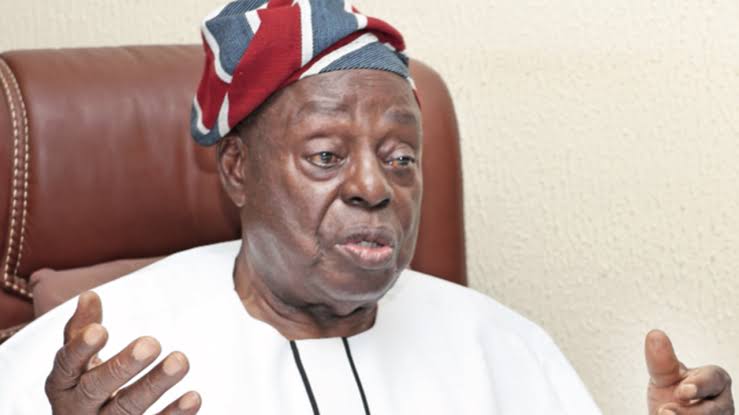 We need a new constitution before 2023 election – Afe Babalola insists

Legal icon and elder statesman, Aare Afe Babalola, SAN, has tasked President Muhammadu Buhari to give the nation a new constitution before the 2023 general election.

Speaking with Journalists in Ado Ekiti, the foremost educationist and founder of Afe Babalola University, Ado-Ekiti, Ekiti state said that Nigerians are desirous of a new constitution.

“lf President Buhari and the National Assembly are serious we can still have a new constitution. It’s not difficult.

“The only way out for us as a nation is to have a new constitution, we need to sit down and discuss the future of this country. We should go back to the 1960 constitution.

“That’s the way out in my own interest, your interest and the interest of the generations yet unborn.

“The 1999 constitution is not in the interest of Nigerians because it lied and said it was made by the people.

“Over centralisation of power in the centre is causing a major problem for us in this country.

“So my vision is that we need a new constitution. We need to go back to the 1960 before the next election and do some amendments. It is easy to make.

“We don’t need two legislatures, all we need in this country is just one legislature – fewer number of people, no salaries, allowances and it should be part-time. We need to cut costs”.

Speaking on the bid of the National Assembly to amend the constitution and not replace it, Aare Babalola said that ” they are only wasting their time and not addressing the issue.

“They are really not addressing the issue which is over-centralization of power in the centre.

“Amendment in law means replacement too. They can replace; why are they amending? If you file an action or claim in court, you can still amend the claim by substituting it with a new one.

“The 1999 constitution is what’s causing problems in the country and that is over-centralization of power at the centre.

“Let them substitute the 1960 with some clauses instead of amending the 1999 constitution.

Chief Babalola said that he is in talks with prominent traditional rulers in the country on the need to convene a ” Summit of Hope” where the way forward for the country would be discussed.

According to him, the Ooni of lfe, Oba Enitan Adeyeye, has agreed to convene talks while the Sultan of Sokoto, Saad Abubakar III has equally given his consent to be part of the summit.

He added that other prominent Obas, former presidents, their vice presidents, former governors and their deputies, and other stakeholders in the country would meet to discuss the way forward.

Chief Babalola added that he has agreed to foot the bill and also to donate the venue where the summit would hold.

According to him “We need to discuss the future of Nigeria now”.