Two Kenyan women were on Monday morning, October 18, arraigned at Webuye Law Courts for stealing a newborn baby boy from a teenage mother and altering the birth notification details.

The two suspects, Judith Ingahitzu, 47 and her aunt, Florence Musimbi Abulu, 62, initially pleaded guilty of two counts including Acts that Promote Child Trafficking (attracts a 30-year jail-term or 30 million fine), but later on in the afternoon changed through a lawyer.

The Directorate of Criminal Investigation, disclosed in a statement that the duo were arrested on Friday 15th October, 2021 by DCI’s Anti-Human Trafficking and Child Protection Unit (AHT&CPU) detectives, acting on a tip-off reported anonymously through the DCI hotline. 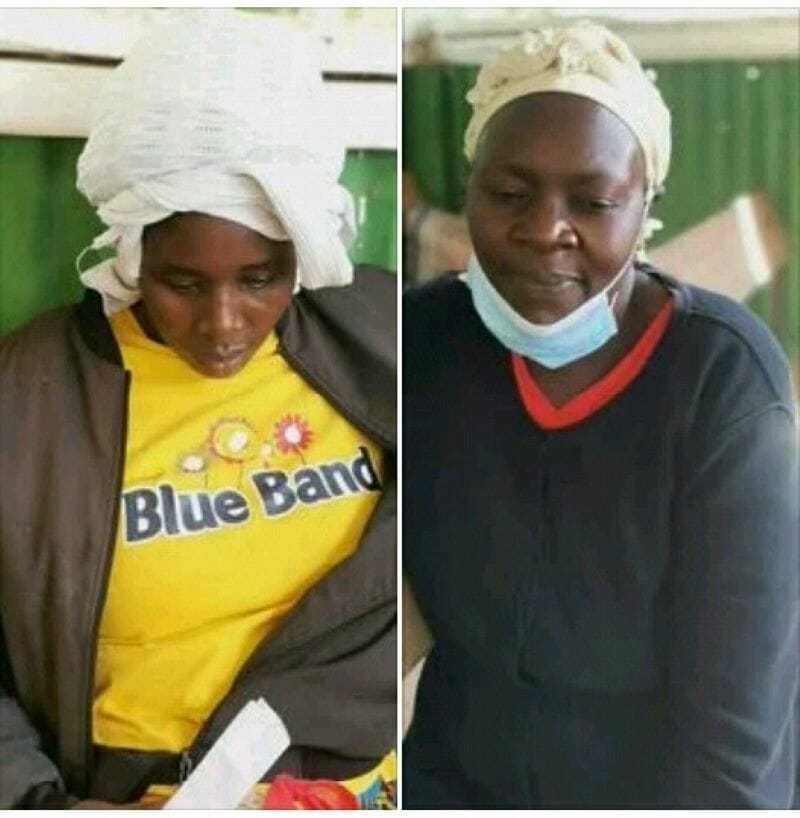 “The anonymous call from a curious member of the public, reported of a miraculous baby boy born to a village woman who, unlike the biblical Mary mother of Jesus, was never seen carrying a pregnancy,” the statement read.

“Equally awed, detectives manning the DCI hotline centre alerted their ever ready AHT&CPU counterparts, who immediately swung into action by dispatching a team to Kakamega’s Matete area on a fact finding mission on October 14.

“The mother of four older children could hardly stand the presence of her unwelcome visitors, but her husband, with whom she has had no child over their marriage period, invited the detectives’ probe into the case

“In what would lead to the unearthing of an underworld of dreaded child traffickers who preyed on voiceless young mothers, Judith’s husband revealed that he hadn’t been aware his wife was pregnant, until she appeared holding a day-old toddler that she wouldn’t breastfeed