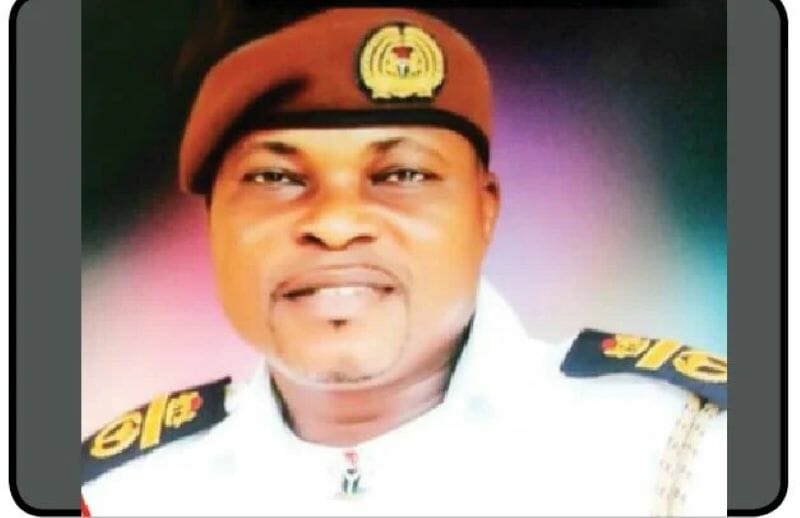 Gunmen have killed a civil servant, Abiodun Adenuga at the Sindende Guest House in the Agege area of Lagos state.

It was gathered that the incident happened on October 6 around 1.30am, when no fewer than four masked men invaded the facility, robbed staff and lodgers, including Abiodun.

During the robbery, the assailants allegedly shot the father of four in the chest and dispossessed him of his phone and office documents.

According to PUNCH, Abiodun’s sister, Adebisi, said the 56-year-old, who was found in a pool of blood in his room, was rushed to the Surgical and Emergency Unit of the Lagos State University Teaching Hospital, Ikeja, for treatment.

She stated that no fewer than 11 bullets were extracted from her brother’s chest during a surgery, adding that Abiodun later succumbed to the injuries he sustained during the attack.

Adebisi said, “The owner of the hotel informed us about the incident around 8.30am on Wednesday, October 6, 2021. He said he had an accident, but on getting to LASUTH, we realised that he was shot and rushed there around 2.35am.

“We were told that the armed robbers invaded the hotel around 1.30am, broke into his room and while trying to get his office bag, they shot him. Other victims said they rushed out of their rooms when they heard gunshots, and that they were also robbed.

“My brother was the only one that was shot, and they went away with his phone and office bag. We don’t know the kind of documents that were in the bag.

“About 11 bullets were removed from his chest and after the operation, he came round two days later. But on Friday, he went into a coma and since then, he never regained consciousness. He died around 9.35am on Monday after several efforts to resuscitate him proved abortive.”

Adebisi said the multiple gunshots at her brother indicated that the intent was to assassinate him, adding that the bullets damaged most of the organs in his body.

“The Chief Medical Director of LASUTH said he saw my brother when he was rushed into the hospital and my brother told him he told the gunmen to drop his bag and that the next thing was that they shot him.

“They left and after some minutes, they returned to his room and took his phone. But he held on to one of the suspects’ legs and that was how they shot him again. I know it was not a robbery; only God knows where it all came from.

“The robbers were about four; they wore masks and gave a signal to a lot of people that my brother was targeted. We have reported the matter at the Pen Cinema Police Station for investigation so that the culprits could be arrested,” she added.

The victim’s daughter, Yinka, said her father usually lodged in the guesthouse whenever he closed late from work, adding that he had been using the facility for about 15 years.

“He was just promoted to the post of Deputy Director, Environmental Health Services, Occupational Health, in the Ministry of Health, Lagos State. My father had three wives and four children,” she added.

Abiodun was said to have been buried last Friday at his residence on Banana Estate Phase 1, Igbe Laara, in the Igbogbo Bayeku Local Council Development Area of the state.