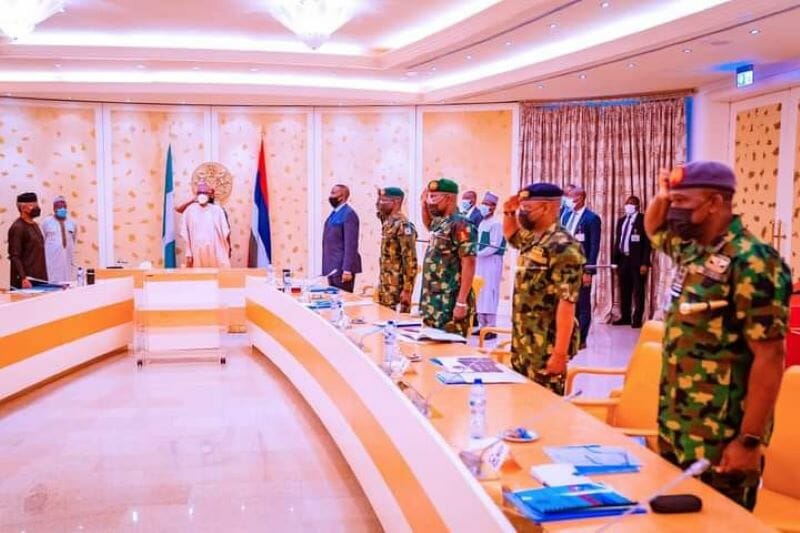 President Muhammadu Buhari has directed service chiefs to ensure that nothing stops the forthcoming Anambra governorship election scheduled to hold on November 6.

Monguno said the directive was given following an increased attack allegedly carried out by proscribed Indigenous People of Biafra (IPOB).

He said; “The President has directed that under no circumstances will anything be allowed to stop the elections from taking place successfully. The people have a right to vote and select their leader.

“No group or individual will be allowed to stimulate anarchy and chaos, leading to murderous activities. The president has made it very clear that the Armed Forces and all law enforcement agencies must make sure that the elections take place even if it means overwhelming the entire environment with the presence of security agencies.

“There are so many implications for elections to be sabotaged by non-state actors; in the first place, we are in a democracy, secondly it is important to note that if these non-state actors should succeed in destroying the potentials for orderly elections, then it is natural that other parts of the country would also want to copy this same situation.”

Monguno also stated that the military had recorded a lot of successes in the fight against insurgency in the North East in the last two months.

Minister of Police Affairs, Maigari Dingyadi who also attended the meeting, expressed the readiness of the police to guarantee peace in Anambra and all other parts of the country.

He added; “In particular, we talked about the Anambra governorship election coming on 6th of November and we want to assure the people of Anambra State and all Nigerians that the government is committed to conducting that election.

“The election has to be free and fair, we are going to put every machinery in place to ensure that people are well secured. That is the only way to ensure that we promote democracy and good governance in this country.”