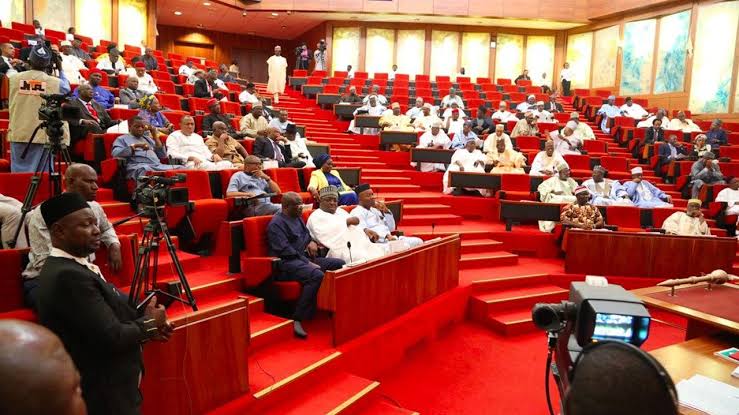 The Senate Committee on Science and Technology has rejected the 2022 budget proposal of the National Board for Technology Incubation (NBTI).

The Chairman of the Committee, Senator Uche Ekwunife, made this assertion on Tuesday when the management of NBTI, led by its acting Director-General, Taiwo Somefun, appeared before the committee to defend its 2022 budget.

Ekwunife said the committee hinged its decision on the merger of the hitherto separate budgets of the over 40 incubation centres across the country with that of the agency’s headquarters in the 2022 budget estimates.

She demanded the immediate restoration of the semi-financial autonomy granted to the centres over the years in the interest of the economy and gifted Nigerian youths.

Ekwunife also called on the Finance Minister, Zainab Ahmed, to act on the letter of protest from the Ministry of Science and Technology on the matter and revert to the previous arrangements.

She vowed that her panel would not pass the NBTI’s 2022 budget unless the anomaly was rectified.

She also alleged that the action of the Finance Minister could kill technological innovations among the Nigerian youths if the anomaly was not immediately corrected.

Ekwunife said: “The National Board for Technology Incubation is one of the key parastatals of the Federal Ministry of Science, Technology and Innovation, vested with the responsibility of conception and delivery of technological ideas in the country.

“Among other key functions of the of the agency is to identify viable research and technological resource, indigenous technology and knowledge for commercialisation and develop strategies and processes for incubating them.

“It also coordinates technology incubation in the country.

“In the light of this, and many functions of the NBTI, there is no better time than now that we need optimal capacity performances of the board.

“There is high turnover of graduates on yearly basis from our institutions of higher learning.

“Since there are scarce white collar jobs, the need for a paradigm shift to equip youths with technological skills that would make them self reliant can not be over emphasised.

“Also, if the NBTI had performed its duty creditably, antisocial behaviours such as juvenile delinquency, drug abuse and other vices among the youths would drastically reduce, if not totally eradicated in our society.

“The committee noted the over 40 business technology incubation outlets providing natural platforms for entrepreneurial skills across the country.

” I am happy that the performances of the NBTI centres in the South-South and South-East geopolitical zone are quite encouraging despite inadequate publicity of their programmes to let the citizens use the golden opportunities provided for them.

“While the committee is canvassing adequate funding for the NBTI to sustain their performance, the 2022 budget proposal cancelled the semi financial autonomy granted to these important agency and its centres in the past.

“The budgets of the incubation centres had been merged with that of the NBTI headquarters which is totally unacceptable by this committee.

“The committee perceives this as a reversal of the successes recorded by the centres and call for the immediate restoration of the semi financial autonomy granted to them in the previous budgets.

“The NBTI centres are quite resourceful, enterprising and focused. This is one of the best agency if not the best, being supervised by the Ministry of Science and Technology.

“To see those important centres that are doing well, being merged with the headquarters, I don’t know what they expect them to do now.

“What the centres need now is funding not merging them with the headquarters.

“The type of jobs they are doing will conformably equip our young graduates because they are coming up with beautiful innovation in the ICT that can put Nigeria in the map of progress.

“So, merging them with the headquarters is wrong. I don’t know what informed the decision. It is a very unpopular decision, it is illegal and unconstitutional.

“I don’t know why the budget office should merge such centres with the headquarters. That means they want to kill the economy of this country.

“The committee will follow up to ensure that the Federal Government stop the merger of the centres’ budgets with that of the headquarters.

“We can’t sit down here and watch the Minister of Finance kill this economy by merging those centres with the headquarters.

“The Minister of Science and Technology has written the Finance Minister and the Committee will also, officially communicate to them, our rejection of that very unpopular decision.”