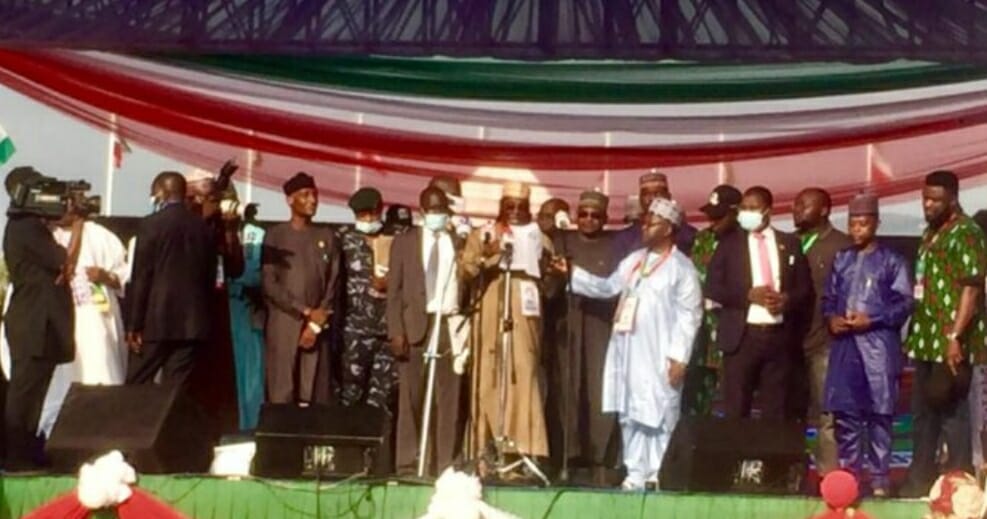 I have never seen Nigeria in such bad shape, says Atiku Abubakar

A former vice-president, Atiku Abubakar has stated that he has never seen the country in such a “bad shape” as it is now.

This was stated on Saturday by Abubakar at the national convention of the Peoples Democratic Party (PDP) in Abuja.

The former presidential candidate also said the All Progressives Congress (APC)-led federal government is “ill-equipped” to lead the country.

According to him, Nigerians still have a chance to turn things around with the support of the PDP.

“Today, our country is going through the most difficult period of its existence. I am 70 years old plus and I can tell you that I have never seen this country in such a very bad shape — so disunited, so much unemployment, so much insecurity,” he said.

“The country is beset by economic and social challenges in all corners along with lingering tensions arising from questions surrounding the very nature of our corporate existence as a nation.

“Nigeria is at the edge of a precipice because of the lacklustre performance, complacency and needlessness of successive administrations culminating in the gross failure of this APC-led government.

“The APC has proven itself to be ill-equipped to lead the nation. They have shown themselves to be the most corrupt, sectional and divisive party that was never prepared to lead this country and never even had an idea of what it takes to lead a diverse, dynamic and multi-religious country like Nigeria.”

The former vice-president added that the PDP is ready to rescue Nigeria from the “greater calamities” that may befall the country.