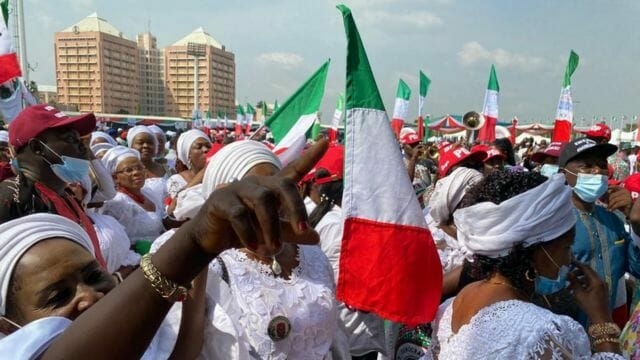 A former senate president, Iyorchia Ayu has been elected as the national chairman of the Peoples Democratic Party.

WITHIN NIGERIA assembled that Ayu who was earlier adopted as the consensus candidate for the position, won the election unchallenged with 3,426 votes.

It was also gathered that a former deputy governor of Oyo, Taofeek Arapaja emerged as deputy national chairman (south).

Muhammed Suleiman from Kaduna scored 3,072 votes to defeat Usman Elkudan, also from Kaduna, who scored 219 for the position of youth leader.

Only three out of the 21 national working committee (NWC) positions were contested, while consensus candidates were adopted for the remaining positions.

The candidates were declared duly elected by Ahmadu Fintiri, governor of Adamawa state and chief returning officer of the election.

In his remarks, Ayu said the opposition party is back to rescue Nigeria from the “terrible mess” the country has been pushed into.

He added that Nigerians will see a “mammoth crowd” defecting to the party in the coming days.