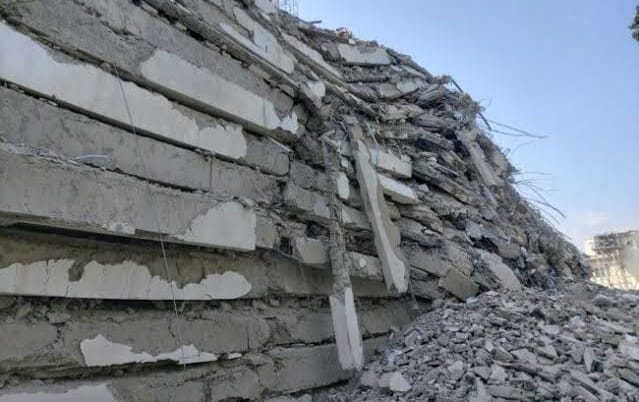 A 21-storey building under construction in Gerrard Road, Ikoyi, Lagos State, collapsed on Monday afternoon with rubbles destroying cars and other things around it.

Residents disclosed that many people were feared trapped in the building that collapsed.

Though, the number of persons trapped under the rubble at the time of reporting is still unclear.

Emergency services are also yet to mobilise to the scene at the time of reporting.

But when contacted, the spokesperson for the Lagos State Emergency Agency, Nosa Okunbo, confirmed the collapse, saying, “LASEMA is on top of the situation.”