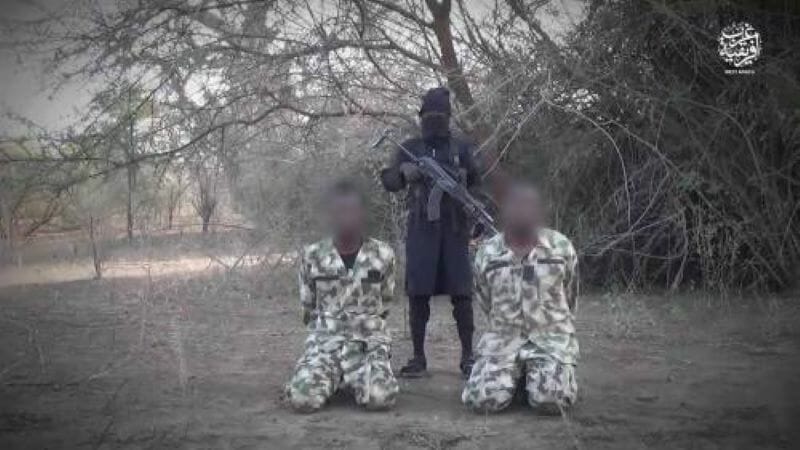 The 17-minute long video which was called “Makers of Epic Battles” also covered other attacks from ISWAP’s spring campaign in Borno and Yobe states in 2021.

“There are no words to describe how awful it is,” Rolbiecki posted on Twitter.

Rolbiecki added that, “In general, the video is mainly covering the attacks from ISWAP’s spring campaign in northern Borno and Yobe, although there are also clips from southeastern and southwestern parts of Borno state.

“Most of the footage had been published in photo reports long before this video was released. Daesh has been doing it for years. However, there is also some new material.

“ISWAP confirms the militants are using an APC (seems like a Mowag Piranha variant) for the first time in a long time, if not ever. News of them using APCs and MRAPs have been circulating for a while now, but we have not seen a confirmation until now.

“The attack on Gajiram is next. It is difficult to say which one is it since there were several in the last year, and the footage was not released previously in any form.

“Then ISWAP shows an IED attack which must have happened in Mallam Fatori (I do not have the exact date). A video shot by one of the soldiers attacked by that IED is used by the militants to show the aftermath. That is a technique sometimes used by Daesh.

“After that, a clip from Geidam, in Yobe State, is shown. This was the attack from 23 April, in which ISWAP briefly established control over the town. We have seen most of that footage previously as well.”