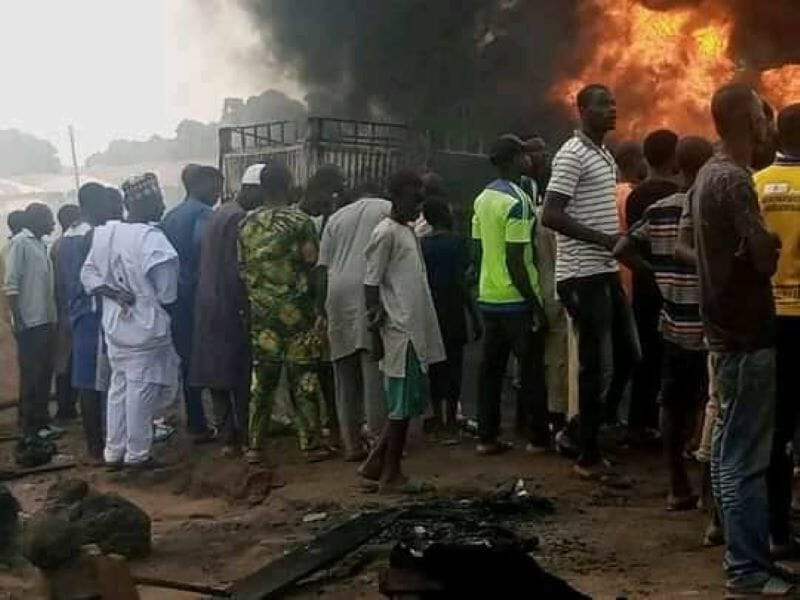 At least two persons have reportedly lost their lives and several others sustained varying degrees of injuries in a tanker explosion at Enagi town in Edati Local Government Area of Niger State.

WITHIN NIGERIA gathered that about nine vehicles including six motorcycles were also razed in the accident occurred at about 1:00 pm on Sunday, October 31

A resident in the community who identified himself as Usman Baba Emigi said that three shops were burnt in the fire while no residential building was affected.

According to one Hassan, who lost his roadside shop, the tanker, loaded with Premium Motor Spirit (PMS), had a head-on collision with a truck. 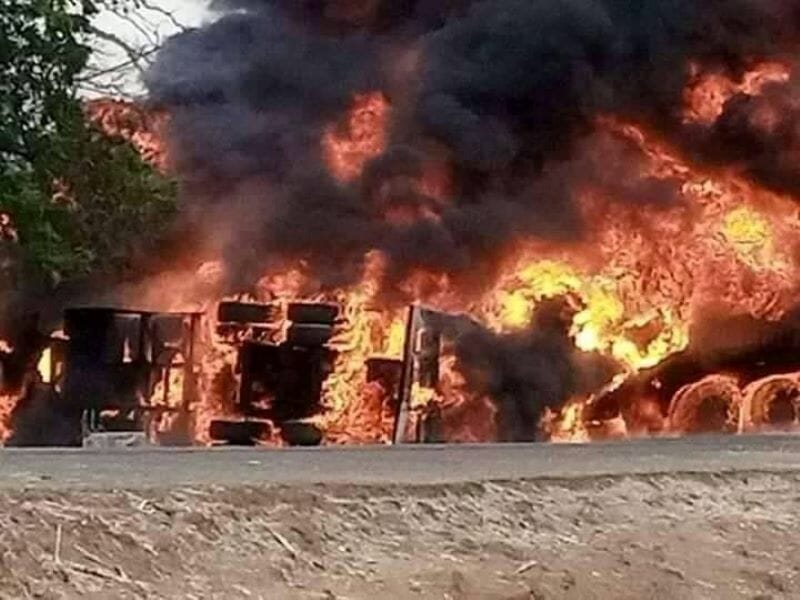 “The tanker was coming from Mokwa while the truck which was coming from Bida tried to overtake and had a head-on collision and the tanker exploded. Several shops, motorcycles packed by the roadside and buildings have been affected,” he said.

Another source, Mohammed Kitabu Enagi, said: “So far, only two corpses have been recovered. But there are several cars that were burnt. They have not been removed to know if there were more casualties.” 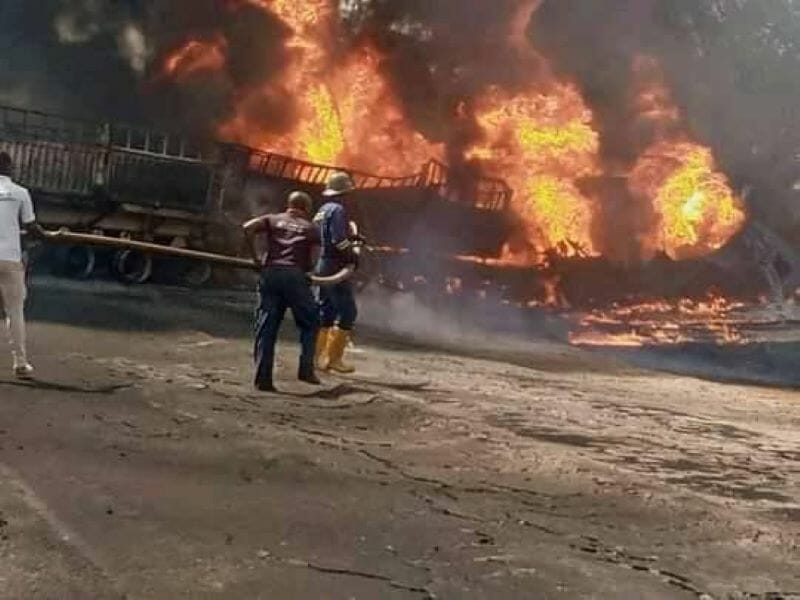 The Niger State Sector Commander of the Federal Road Safety Corps, Musa A. Mohammed, who confirmed the incident said two bodies have been recovered.

“The accident involved a tanker and non-tanker belonging who had a head-on collision and so far, two dead bodies have been recovered.” he stated. 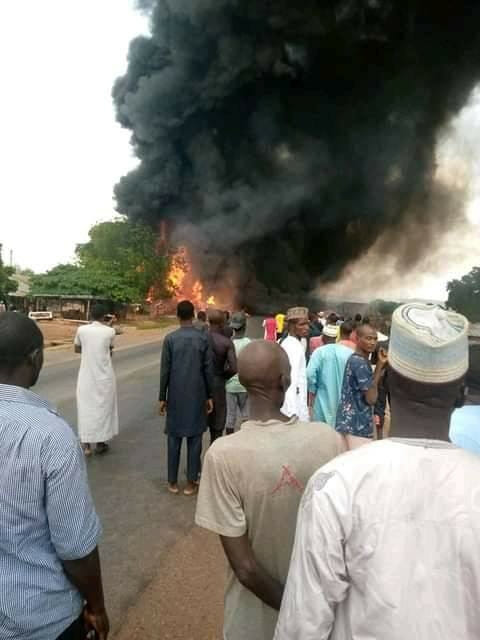 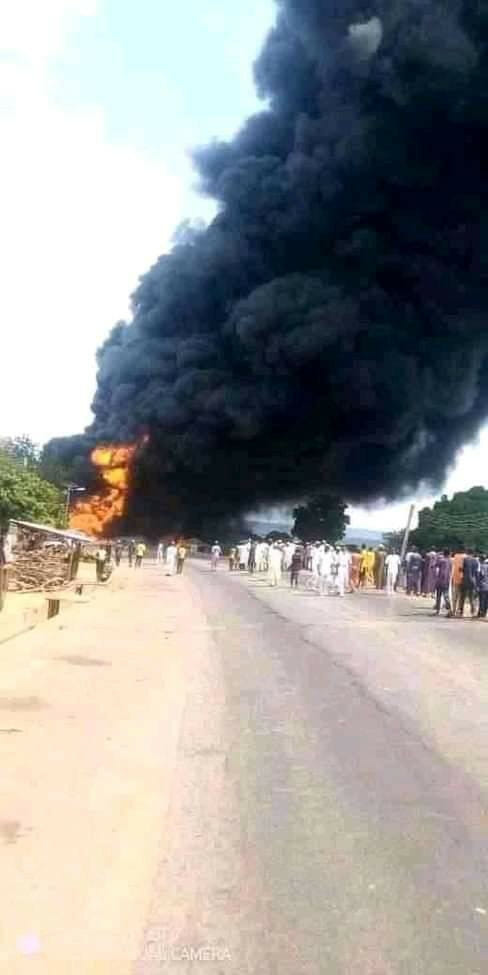