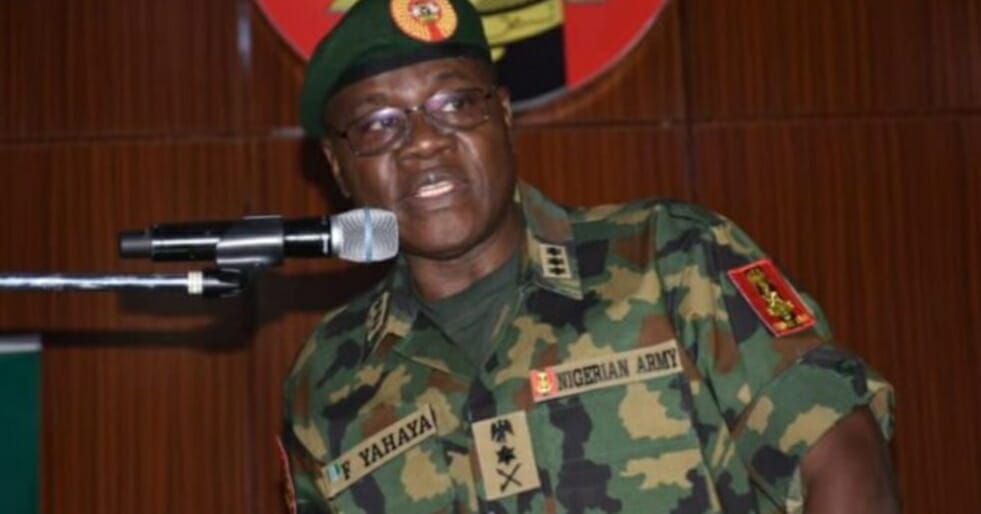 Chief of army staff, Faruk Yahaya has disclosed that N579 billion earmarked for the army in the 2022 budget is not enough for it to carry out its constitutional responsibilities, particularly the fight against Boko Haram.

Yahaya while appearing before the senate committee on army for a budget-defence session on Wednesday said the federal government should exempt the army from the “envelope” budgeting system.

The army chief said the national assembly should asked the ministry of finance to commence the release of the 2022 capital budget of the army so it could procure the needed equipment to fight insurgency and criminality across the country.

“In preparing for the year 2022 budget, the Nigerian Army proposed about the sum of N710 billion,” he said.

“The federal ministry of finance, budget and national planning budget reduced it to N579 billion. This reduction would impede the capacity and tempo of the Nigerian Army in carrying out its constitutional duties particularly the ongoing war against Boko Haram terrorists and other criminality across the country.

“The national assembly should prevail on the federal ministry of finance, budget and national planning to exempt the Nigerian Army from the current budget ceiling or envelope allocation system.

“I passionately appeal to this committee to impress upon the federal ministry of finance, budget and national planning to begin the release of the year 2022 Nigerian Army capital budget from the first quarter 2022.

“This would help the army to rehabilitate dilapidated accommodations in over 138 barracks and training facilities across our units and formations as well as procure the needed equipment and platforms to prosecute the war against terrorism.”

The army chief said timely implementation of the 2022 budget will enable the army to carry out its responsibilities.

“The timely and complete implementation of the 2022 budget will thus enhance the fulfilment of the Nigerian Army’s constitutional mandate and thus engender peace for socioeconomic development of our country Nigeria,” he said.