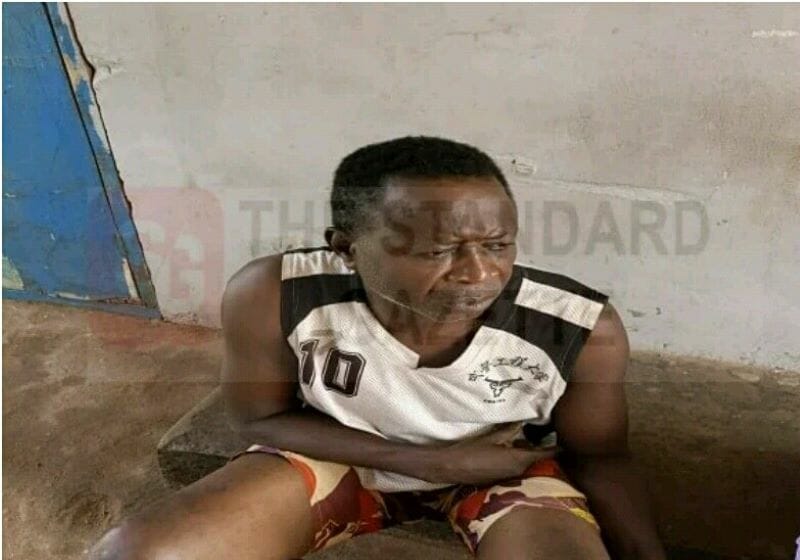 53-year-old man, Monday Olomu, has been arrested by the police for allegedly killing his wife Odion Osarogue Olumu, over money around Airport road in Benin City, Edo State.

The suspect who has been married to the deceased for 26 years, was arrested on Thursday, November 4.

According to crime correspondent, Festus Alenkhe, trouble started on 22 October 2021, when Monday refused to account for N80,000 out of the N155,000 his wife gave him for domestic needs.

Monday allegedly spent N75,000, which resulted in an argument after he failed to account for the balance,

The argument degenerated into a serious fight during which Monday pushed his wife. She fell and hit her head on a concrete floor.

Monday was said not to have immediately assisted his wife, who was unconscious and she died minutes later.

The suspect was arrested by policemen from the Evbuotubu police division and transferred to the State Criminal Investigation Department on Thursday.

In an interview with Standard Gazette, Olumu said that he deeply regrets his action.

“I actually asked her to use her money to handle some issues in the house, and I paid her a part of it. I was shocked that she came one night and started worrying me that l should pay her the balance and I don’t have money,” he said.

“After a huge quarrel, we fought as she held me strong to herself. I only just pushed her away, and she used her head to hit the stone on the floor. I never wanted to kill her. The Government should pardon me, and I am regretting now.” he added.

“”Men should be careful when they have a quarrel with their wives at home. Learn to be patient.” he stated.

SP Kontongs assured that the suspect would be charged to court for murder after the investigation.