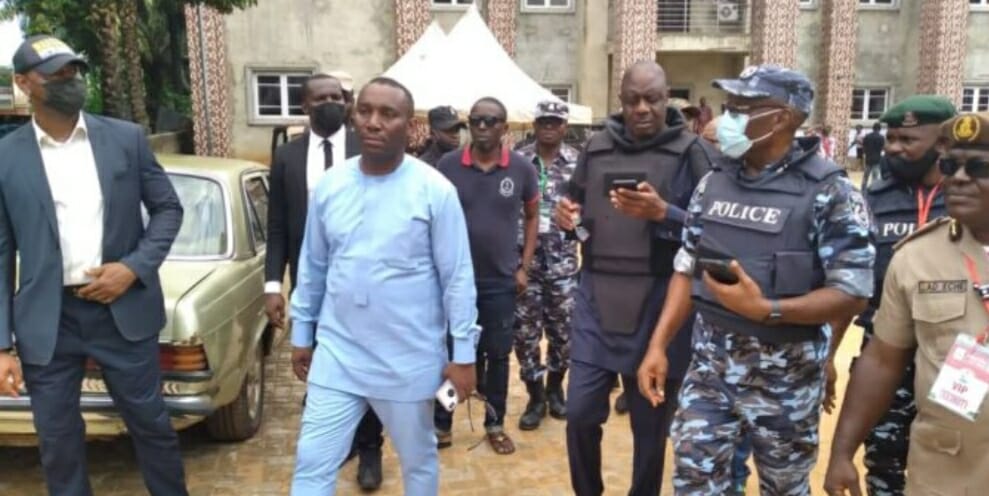 The ⁰ lawmaker who cast his vote after several attempts to get accredited with the BVAS, said malfunctioning of the technology is an attempt to frustrate voters.

“The process is not going well. The machine is not working. INEC is the one sabotaging the election,” he said.

“Imagine a polling unit of over 1,000 registered voters, only 20 voters have been able to vote.

“At the national assembly, we never voted against electronic voting. It’s good but INEC is sabotaging the election.”

However, there was problem with accrediting voters as the BVAS wasn’t functioning properly, and only fingerprints were captured.

According to a presiding officer at polling unit 07 in Amawbia, Awka south LGA, INEC has promised to address the BVAS problem experienced by voters.