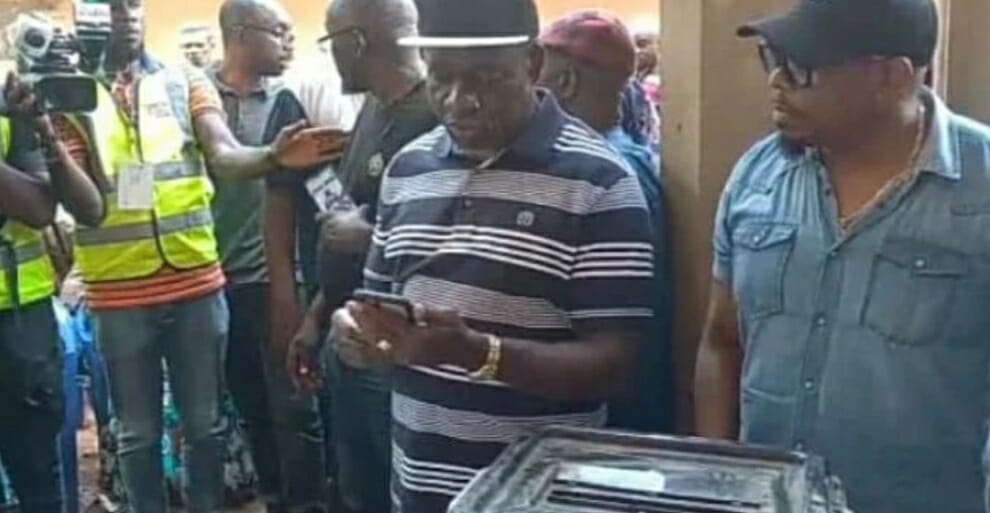 Governorship candidate of the All Progressives Grand Alliance (APGA), Chukwuma Soludo has stated that the Bimodal Voter Accreditation System (BVAS) deployed by the Independent National Electoral Commission (INEC) in the Anambra election is a “complete failure”.

Soludo while addressing journalists after the device failed to accredit a number of voters at his ward in Aguata LGA on Saturday lamented that many people have not voted despite arriving at the polling unit early.

The former governor of the Central Bank of Nigeria (CBN) said the device being deployed in Anambra for the governorship election is the reason why many people have not voted.

“Fundamentally is that technology collapsed; BVAS technology of a thing is a complete failure,” he said.

“For the few places that they are doing (voting), technology that ought to take seconds to accredit someone takes 20 minutes, 30 minutes, and so on. With the crowd you can find hundreds of people… if the machine starts working you are not going to finish this crowd within the hour.

“It raises fundamental questions about the technology and this is all over the state. Because I have been getting calls from virtually all LGAs in the state about the glitches. Places where you have 900 people, you have five or six that have voted so far.

“The fundamental problem is the technology that is being tried here in Anambra. It just hasn’t worked up to this minute. Maybe, we will still keep being optimistic. The technician who is supposed to be the expert has been fiddling with it (BVAS).”