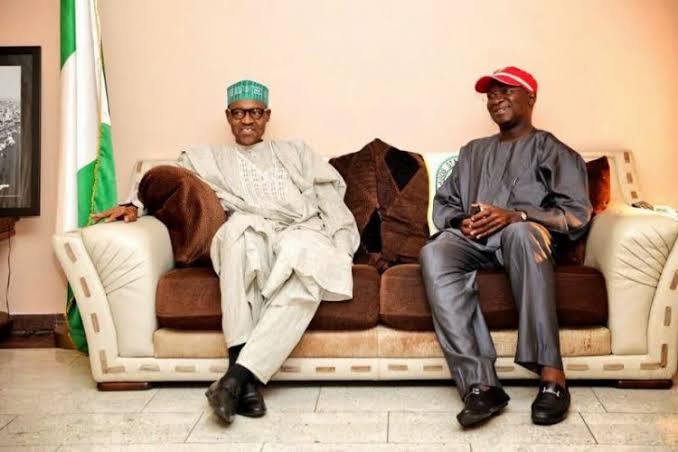 Fashola reveals why President Buhari can not sack police officers

Minister of works and housing, Babatunde Fashola has stated that it is surprising that many Nigerians do not know that the president does not have the power to sack police officers.

This was stated on Friday by Babatunde Fashola while speaking on the topic, ‘What can the president do for me?’ at the Yoruba Tennis Club annual lecture which held in Lagos.

The minister, who was addressing concerns raised during the #EndSARS protests in October 2020, which led to the disbandment of the special anti-robbery squad (SARS), said many Nigerians don’t fully understand governance structure.

Fashola said some persons wanted the president to issue a directive for the outright dismissal of officers, but he explained that there are limits to what the president can do based on the provisions of the constitution.

“At the onset of the protest against the special anti-robbery squad (SARS) when five demands were made in respect of the police and SARS, President Muhammadu Buhari weighed in on the side of the protesters,” the minister said.

“In my interaction with some of them, young and not so young, they wanted the president to sack some policemen, in some cases, even the inspector-general of police.

“The president can only sack ministers and other appointees that he personally appoints to assist him and not any civil servant deployed to work for him such as a cook, driver, or administrative staff who are ordinary employees of the civil service commission.

“Not a few persons were surprised to hear this. Indeed, I have discovered that a sizeable number of our people express surprise when I explain the structure of government to them.”

Fashola also said some Nigerians assume that as minister, he has the sole power to decide on monetary allocations.

“For example, I explain to people that as governor or minister I do not sign cheques, vouchers or documents that directly involve the transfer of money,” he said.

“On the contrary, at certain levels of payment under the financial regulation, my powers as governor or minister are limited to approving recommendations for payment made to me through the permanent secretary, after he and I have satisfied ourselves that the government has received value for the payment or will do so.

“Although the federal ministry of works and housing has several directorates such as construction and rehabilitation, planning and development, bridges and design, materials geotechnics and quality control, finance and accounts, legal and procurement, many openly express surprise when I tell them that only engineers, architects, valuers, builders, town planners and those involved in the built industry are staff of the ministry of works and housing.

“I am surprised that this surprises people and this is a part of the reason for choosing to discuss it at this public forum.

“So, very often, I hear general statements that the president of Nigeria is very powerful. Sometimes, they say the office is too powerful in some cases they even ascribe more powers to him than the United States president.”