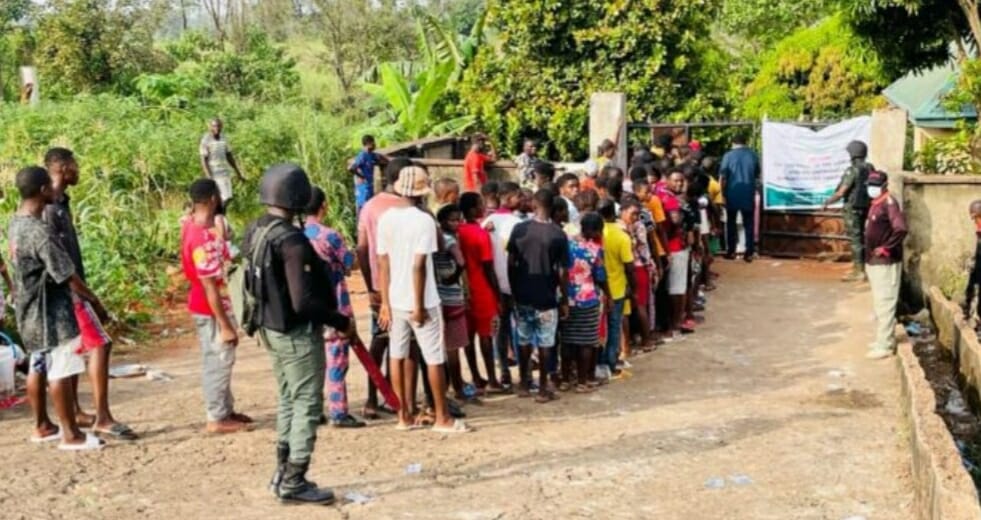 The Independent National Electoral Commission (INEC) has revealed why permanent voter cards (PVCs) were still being distributed hours before the Anambra governorship election.

Recall that INEC on October 26 had announced that 81,778 new PVCs would be delivered to Anambra on October 28 for distribution ahead of the November 6 election.

There are 2.52 million registered voters in the state.

Speaking on Friday in an interview on Channels Television ‘Politics Today’, Ene Obi, convener, election situation room, expressed concern over the challenges faced by residents regarding distribution of PVCs.

“We can’t concentrate the distribution at the local government headquarters, because it is far from the people. We are worried that some people might be disenfranchised,” she said.

On his part, Samson Itodo, executive director of YIAGA Africa, said it is “unacceptable” for INEC to be distributing PVCs 24 hours to the election.

“All I can say is that it is unacceptable that 24 hours to the elections, PVCs are being distributed. Secondly, this is a drawback and it is a recession with respect to election logistics,” Itodo said.

Speaking on the concerns raised, Festus Okoye, INEC spokesperson, said it is necessary to situate the commission’s arrangements within the context of the security challenges in the state.

“I think it is important to situate this election within the context of what is going on,” he said.

“We all know in this country that this is not a normal election. This is a very unusual election being conducted at a very difficult period.

“I think that the whole country recognises this fact. The people of Anambra recognise this particular fact and this is why you have an unusual number of security personnel deployed for this particular election.

“If this election was a normal election, some of these issues won’t even arise. When we started the continuous voter registration exercise, we could not deploy to the registration areas the way we normally deploy on account of security challenges.

“When we are talking about the challenges of distribution and so on, we must also realise the context and complex nature we are dealing with. You also realise that there is a shortened working period in Anambra on the account of insecurity challenges.

“The important thing is that we took these PVCs to the various local governments. All the people that turned up to collect their PVCs collected. All the uncollected PVCs have already been quarantined and nobody can use those PVCs in any election. They can’t be compromised and nobody can use any PVC that does not belong to him or her during this election.”

Asked to give the figure of those who recently collected PVCs, Okoye said the commission cannot “harvest” the figure at the moment because the distribution was done at the same time sensitive materials were being deployed for the election.