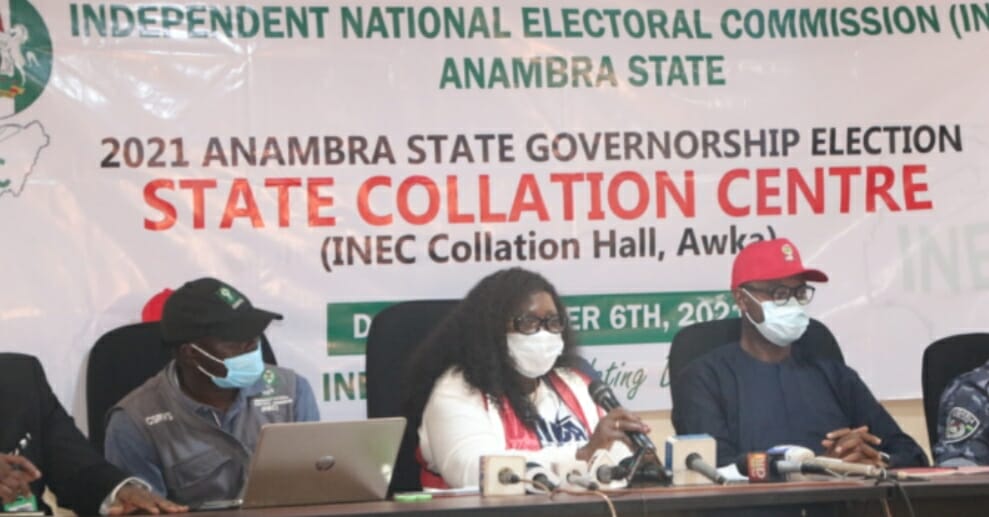 The collation officer for Idemili south LGA of Anambra state, Gabriel Othong has stated that 41 results sheets for some polling units were carted away.

This was disclosed on Sunday by Othong while submitting results for the area.

According to Othong, the result sheets of the affected areas were taken away by the supervisory presiding officer (SPO) posted to the area.

He also said there was no election in Oba ward 1, Oba ward 11 and Akukwu ward, all in Idemili south LGA Area of Anambra.

“One of the SPOs carted 41 result sheets out of the 42 result sheets meant for the 89 polling units in the affected wards,” NAN quoted him as saying.

“Over 40,000 voters were not able to vote in the affected areas due to the development.”

The collation officer added that election officials were not deployed to some of the polling units due to shooting in some areas.

According to NAN, Ebere Obiakor, the agent for the All Progressives Congress (APC) said there was election in the affected areas but the results were not collated.

But Alex Obiogbolu, the collation agent for the Peoples Democratic Party (PDP) and Victor Umeh of the All Progressives Grand Alliance (APGA), countered Obiakor’s statement, saying there was no election in any of the affected places.

As of 3pm, the Independent National Electoral Commission (INEC) had announced results for 11 out of the 21 LGAs in the state, and Chukwuma Soludo, APGA candidate, won in 10 of the LGAs.