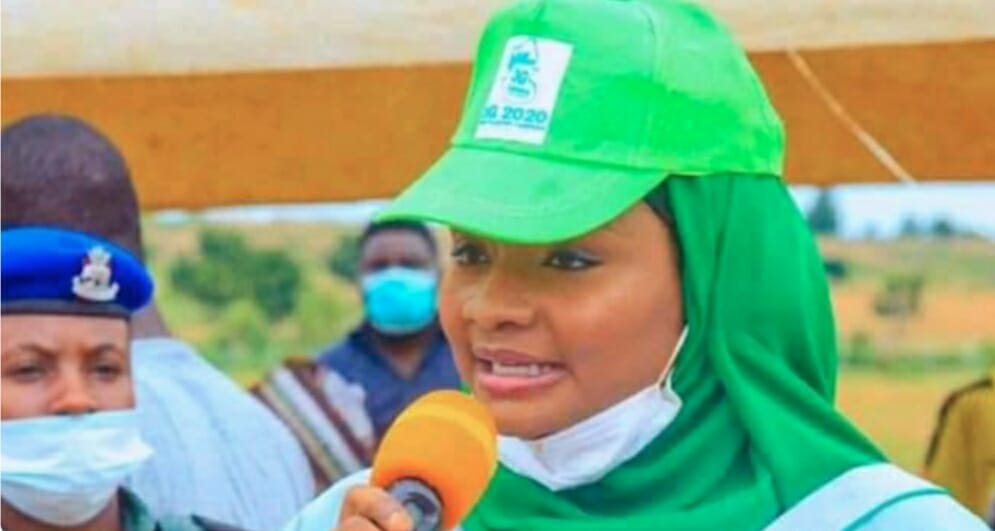 Goje’s daughter resigns as commissioner over ‘personal issue’ in Gombe

Commissioner for environment and forest resources in Gombe, Hussaina Goje has resigned from her position.

This is coming hours after the senator was attacked by thugs.

Goje was attacked on Friday morning while on his way to attend to some personal engagements in the state capital.

The senator and Inuwa Yahaya, Gombe governor, are said to be at loggerheads over some political issues.

According to the commissioner, the reason behind her resignation is personal.

She thanked the governor of the state for giving her the privilege to serve in his administration.

“Today, Saturday, 6th of November, 2021, I want to use this medium to inform the people of Gombe, Nigerians and people in the media that I, Dr Hussaina Danjuma Goje, have resigned from my job as the commissioner for environment and forest resources under the leadership of his excellency, governor Muhammadu Inuwa Yahaya today,” she said.

“I also want to use this medium to inform members of the public that my resignation is due to my personal reasons.

“I also want to appreciate the governor for giving me the opportunity to serve under his executive council member in his administration.”

Hussaina was appointed as commissioner in October 2019.