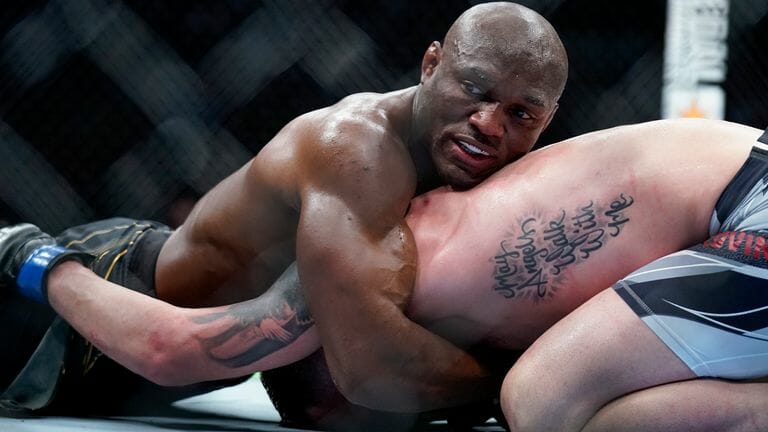 The bout, which took place at Madison Square Garden in New York, was the duo’s second meeting.

Usman declared himself the best pound-for-pound fighter in the world after his victory.

The ‘Nigerian Nightmare’ had fans on their feet when he knocked his bitter rival down twice in the second round but Covington managed to survive.

At the end of the match, Usman admitted his opponent was a “tough son of a b***h”.

“There was a lot of bad blood and I’m sure there will be some still but he is a tough son of a b****. When you share an octagon with someone tough you gain that respect. I can tell his technique and power has come up. I am the pound for pound best alive, we take our time, stay calculated.

“New York, thank you for coming out, I hope we put on a performance for you,” he said.