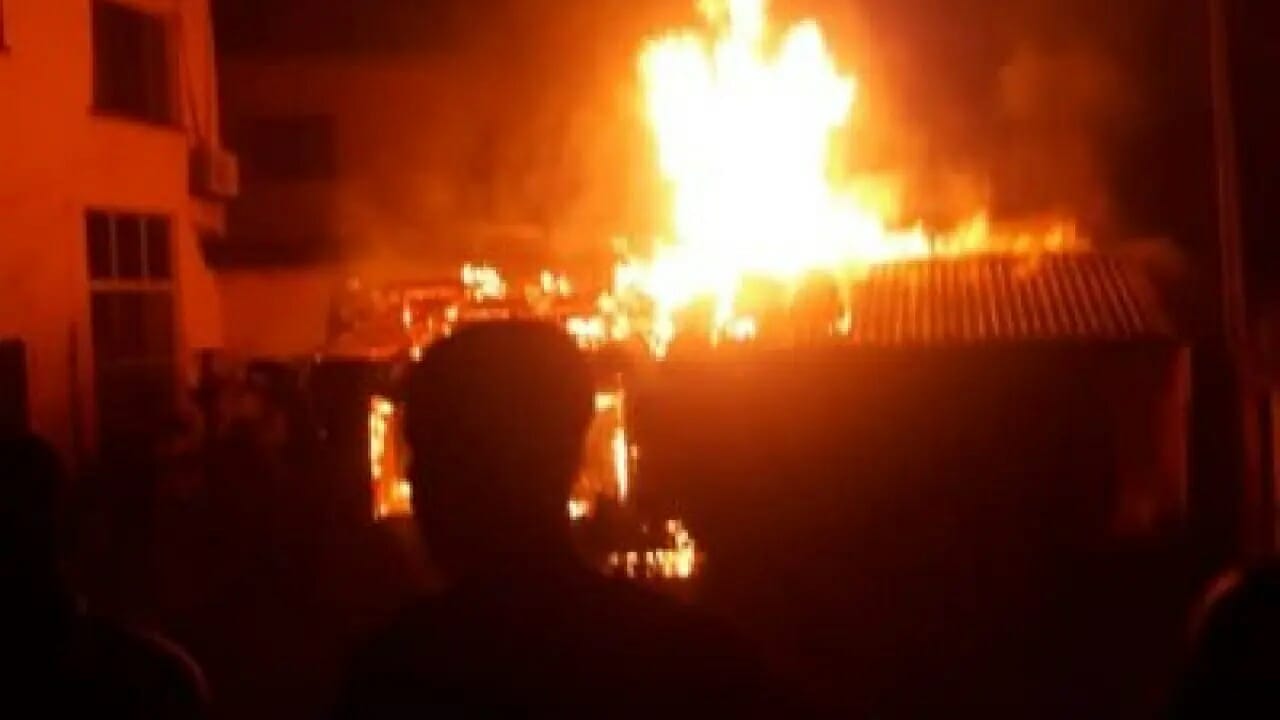 Following a fire that broke out in a hospital in central India, at least four newborns have been killed.

A neonatal care unit of the state-run Kamala Nehru Children’s Hospital in Bhopal city late on Monday night was razed down by fire caused by an electrical short circuit.

“Four children died in the fire that broke out in the special newborn care unit ward probably due to an electrical short circuit,’’ regional minister Vishvas Kailash Sarang confirmed to reporters.

Sarang disclosed that there were 40 infants in the third-floor ward, 36 of which were safe as firefighters had shifted them to an adjacent ward during rescue operations.

Meanwhile, grieved parents were seen protesting at the premises, alleging that instead of saving the children, the hospital staff had fled.

The fire services took over three hours to douse the blaze which started around 9 pm local time, NAN reports.

Chief Minister Chouhan expressing his condolences over the deaths, announced a compensation of 400,000 rupees ($5,400) for the family of the victims.