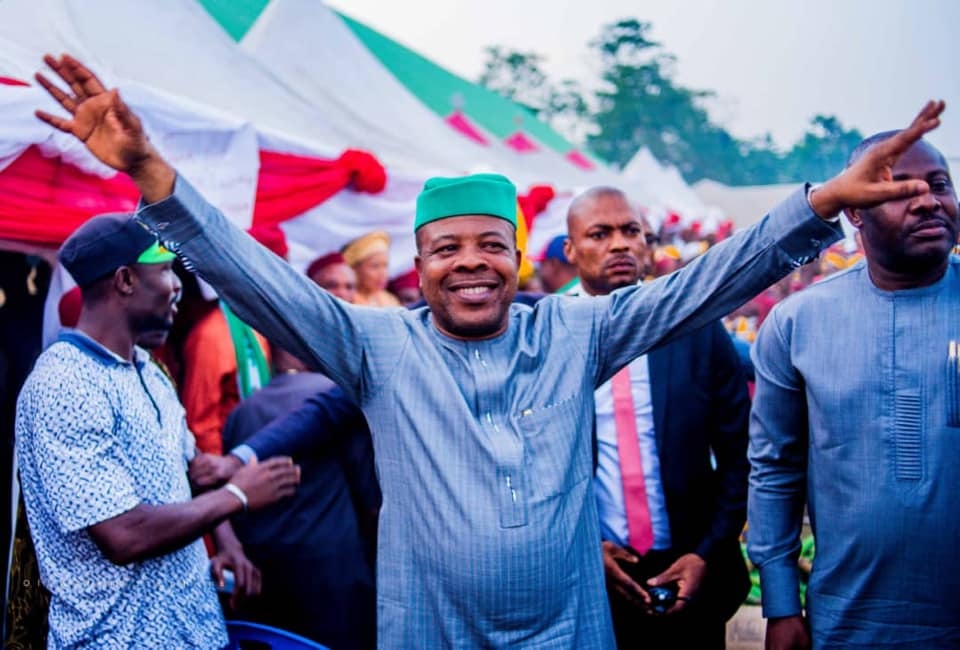 Emeka Ihedioha, the former governor of Imo State, has declared that the Peoples Democratic Party (PDP) will return to power in Nigeria and Imo State in 2023.

Iheodia stated this on Saturday at a speech in Owerri commemorating the fourth anniversary of the Egbu Declaration.

PDP remains the most popular party in Imo State, according to the ex-governor.

“I want to assure you that I remain committed to the ideas of my people. We will take over Nigeria from APC the same way they took over from us. It is legitimate.

“I thank all our people who have remained steadfast. Hopefully, we will bounce back,” he said.

Iheodia was sacked as Imo governor on 14 January 2020 via a surprise ruling by the Supreme Court.

This came months after he was sworn in, following INEC declaration that he won the election.

He was sacked after a unanimous judgment of the seven-member panel, read by Justice Kudirat Kekere-Ekun.

The Supreme court agreed that results in 388 polling units were unlawfully excluded during the collation of the final governorship election result in Imo State.

The apex court ruled that with the results from the 388 polling units added, Mr Uzodinma polled a majority of the lawful votes and ought to have been declared the winner of the election by INEC.

Justice Kekere-Ekun, who read the judgment, voided the declaration of Mr lhedioha as the winner of the 2019 governorship election.