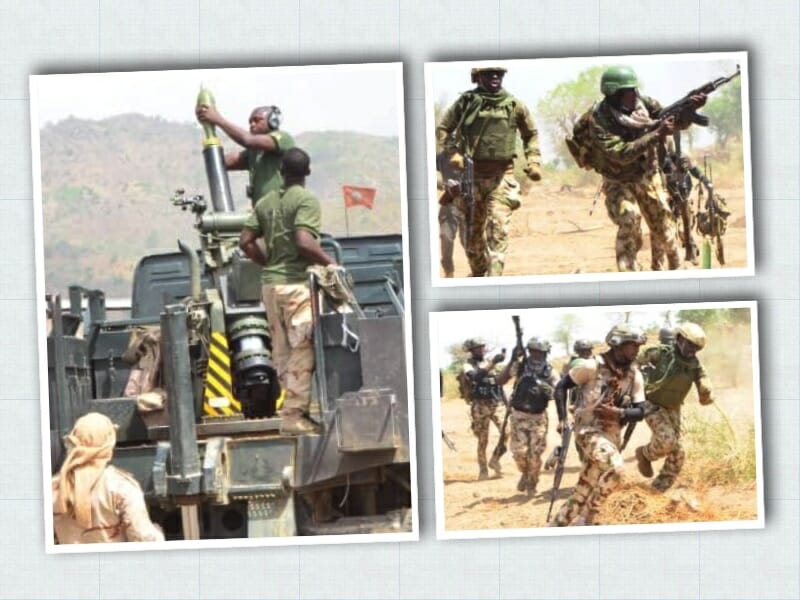 Nigerian forces have killed a top-ranking commander of the Islamic State of West Africa Province (ISWAP) and 37 other terrorists in Askira Uba, Borno state.

Shortly after the death of a senior army official, Brigadier General Dzarma Zirkusu, and four soldiers, the forces launched a military operation against the terrorists.

Zirkusu was eliminated Saturday in an ambush while leading a reinforcement party to Bungulwa hamlet near Askira Uba.

Zirkusu was the commander of the 28th Task Force Brigade in Chibok.

According to PRNigeria, Nigerian troops had tactically retreated, and regrouped after the terrorists launched an attack Saturday.

They then ambushed the ISWAP Commander and eliminated his fighters at Askira Uba axis.

A military source confirmed that over 30 bodies of the insurgents killed on Saturday have been recovered, though troops are still combing surrounding bushes in Askira Uba.

The source told PRNigeria that about nine-gun trucks, an armoured personnel carrier (APC) and one Mine-Resistant Ambush Protected (MRAP) were destroyed or recovered by the Nigerian troops.

“This morning while we are still mopping the area, we have so far counted 37 corpses of the terrorists, while one of their leaders, a Commander who was arrested for further investigation died in custody this morning.

“We also recovered dozens of sophisticated guns during the clearance operation,” he said.