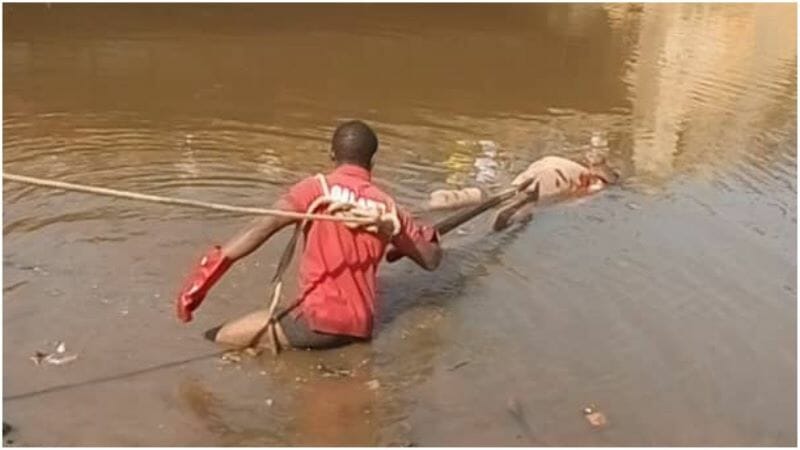 Operatives of the Fire Brigade have evacuated a dead human body found in Asa River, along Emir’s Road in Ilorin, the Kwara State capital on Monday.

Spokesman of the state Fire Brigade, Hakeem Hassan Adekunle, who disclosed this in a statement in Ilorin, said the body was discovered with the hands tied on his back and head covered by some tattered wrapper.

Hakeem disclosed that the attention was drawn to the brigade by one Olamilekan after residents in the neighbourhood found the dead human body floating on the river.

He said the body was evacuated by operatives of the brigade at about 1440 hours, adding that no concrete evidence has been found on the cause of the incident.

The statement added that the unidentified body was handed over to Superintendent Ajape, SP, of the state police command, who led a team of officers investigating the matter.

Meanwhile, Director of the state fire brigade, Prince Falade John Olumuyiwa, expressed sadness on the development and advised members of the public to be vigilant to prevent future occurrence.