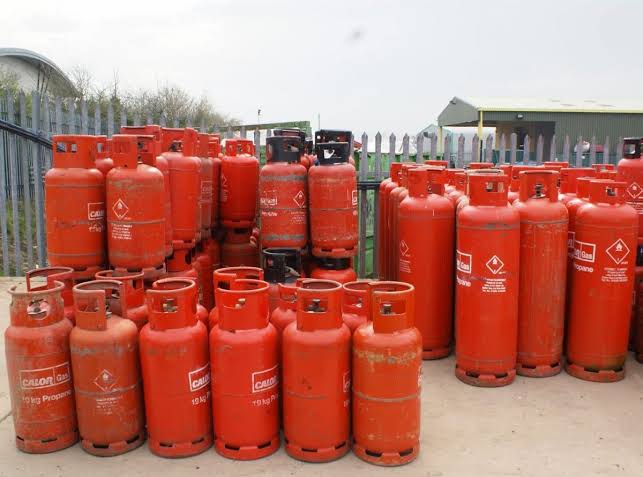 The average price for the refilling of a five kilogram (5kg) cylinder for Liquefied Petroleum Gas otherwise known as Cooking Gas increased to N2,627.94 in October from N2,397.60 in September and N1,953.71 in October 2020.

The National Bureau of Statistics (NBS), said this in its “Liquefied Petroleum Gas (Cooking Gas) Price Watch (October 2021)’’ obtained from its website on Wednesday in Abuja.

According to it, states with the highest average price for refilling a 5kg cylinder for cooking gas are Abuja whose residents bought the product at N3,450, Anambra N3,275 and Zamfara N3,200, respectively.

Meanwhile, the average price per litre paid by consumers for National Household Kerosene in October decreased to N423.42 from N434.39 in September, indicating a decline of 2.52 per cent month-on-month.

The report said that states with the highest average price per litre of kerosene were Lagos whose residents paid N552.12, Ebonyi 546.67 and Cross River N522.22.

“On the other hand, the average price per gallon paid by consumers for kerosene increased by 0.79 per cent month-on-month in October at N1,552.96 from N1,540.82 in September.

The NBS said that in arriving at the report, fieldwork was done by more than 700 of its staff in all states of the federation supported by supervisors who were monitored by internal and external observers.