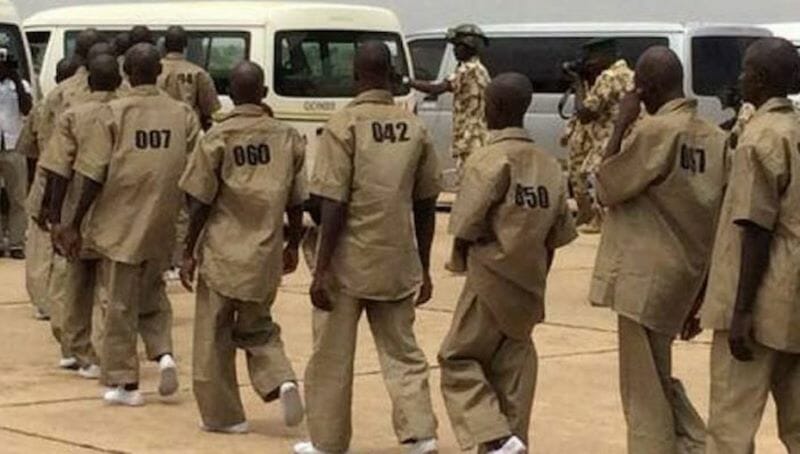 Hundreds of surrendered Boko Haram members who are being held in a camp reportedly rioted on Wednesday, November 17, over cow meat in Maiduguri, the Borno sttae capital.

The protesting jihadists, who have been in the camp since August, were demanding authorities hand them the cow they are provided daily to slaughter themselves instead of being provided with the beef from the abattoir.

According to Guardian, Konto Garga, a member of an anti-jihadist militia that helps the army said; “People living in the area came out with locally made weapons and vowed to kill any one of the protesters who stepped out of the camp. The people still see them as a security threat.”

A resident of the community where the surrendered terrorists are held, Usman Bunu, said people in the area do not believe the surrendered jihadists are sincere and the protest only confirmed their suspicions.

“They still consider anyone not in their fold as an infidel, which is why they want to be allowed to slaughter their cow themselves. Had they come out of the camp we would not have hesitated in finishing them all because we know how dangerous they are” he said

The threat by the armed residents and reinforcement of security personnel ended the riot and the inmates returned to their quarters.

The riot is the second in the camp, with a similar one over the same demand in September, militia leader Babakura Kolo said. The Boko Haram inmates have been unruly since they arrived in the camp, constantly quarreling with his men guarding the camp, and accusing them of looking at their wives, Kolo said.

“They still have Boko Haram mentality and openly insult our men as agents of the infidel government,” Kolo said.

The Nigerian Army is yet to react to this claim.