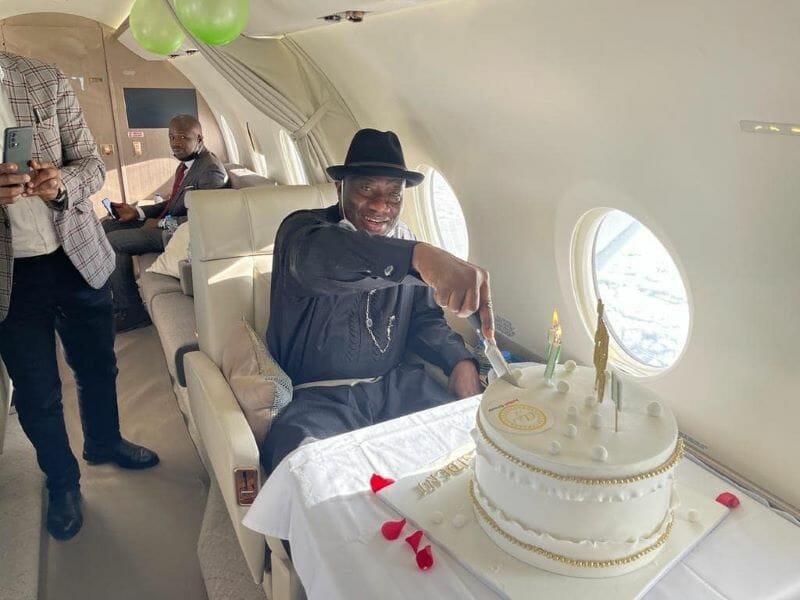 His wife, Patience, and some other close associates celebrated him while he was on board a private jet this morning.

WITHIN NIGERIA had earlier reported that Jonathan’s former media aide, Reno Omokri has taken to social media to eugolize him.

Celebrating the former President who left office in 2015, Reno stated that time has vindicated Jonathan as the best President Nigeria ever had.

President of the senate, Ahmed Lawan also described Jonathan as a unifier while urging political leaders to learn from his example on promoting unity in the country.

Lawan stated this on Friday at the 2021 democracy dialogue organised by the Goodluck Jonathan Foundation, which had the theme: ‘Democracy and Unity of the State’.

See more photos and videos below:

Presidential primary: Why APC might embarrass you at Eagles square –… 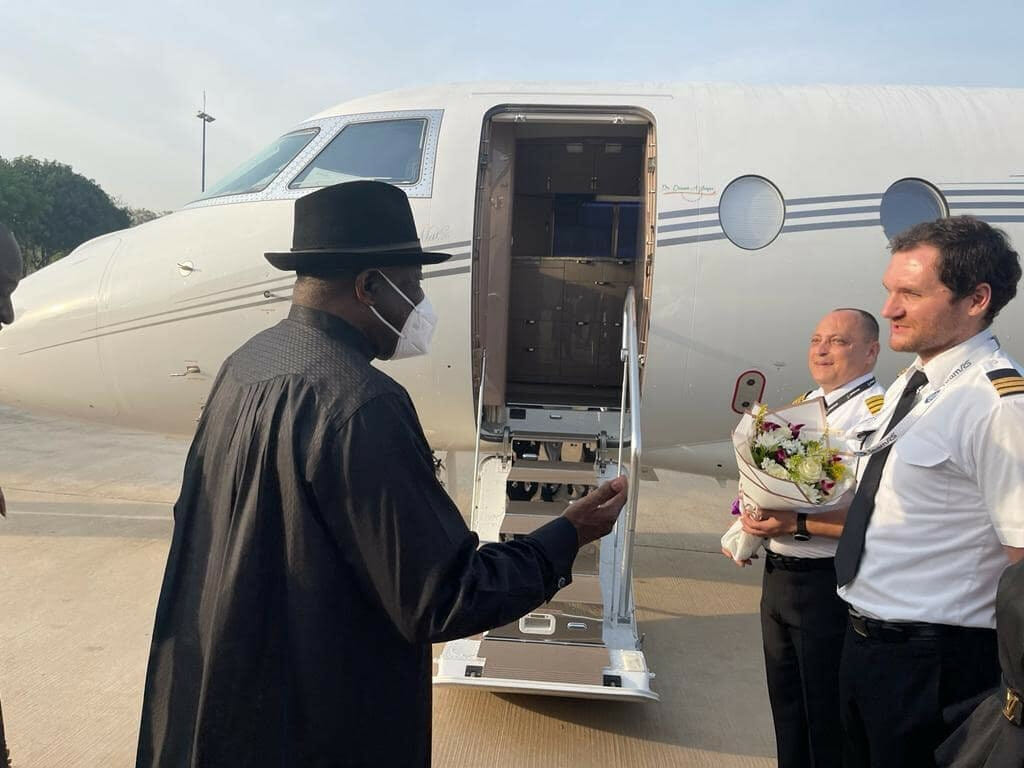 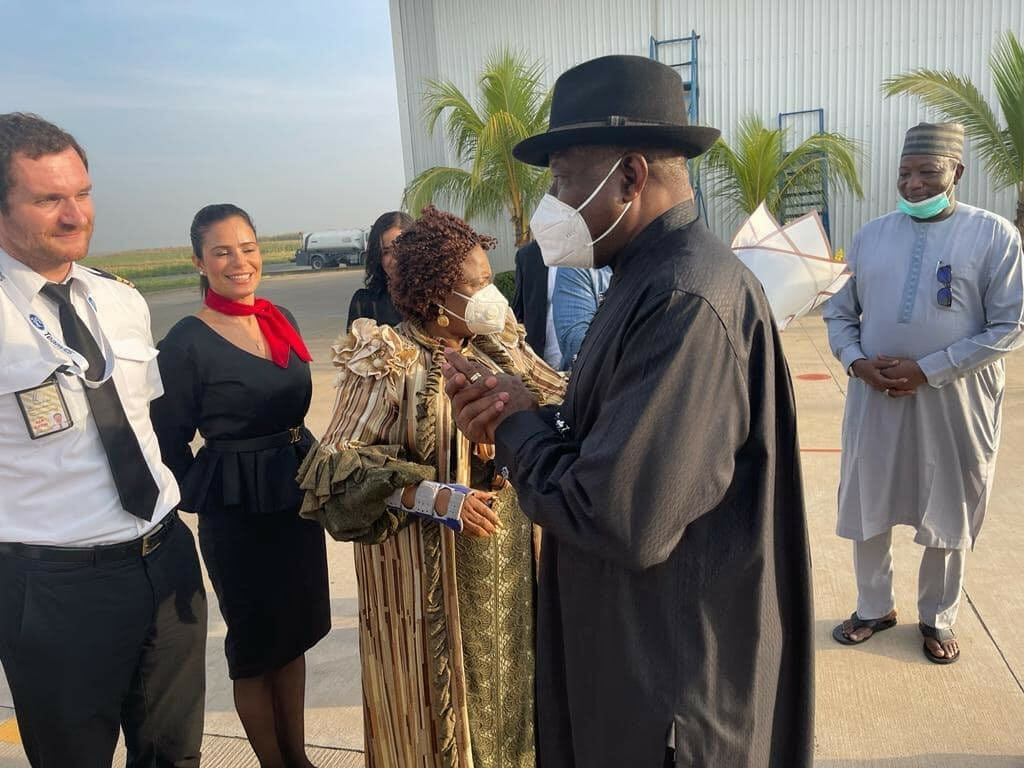 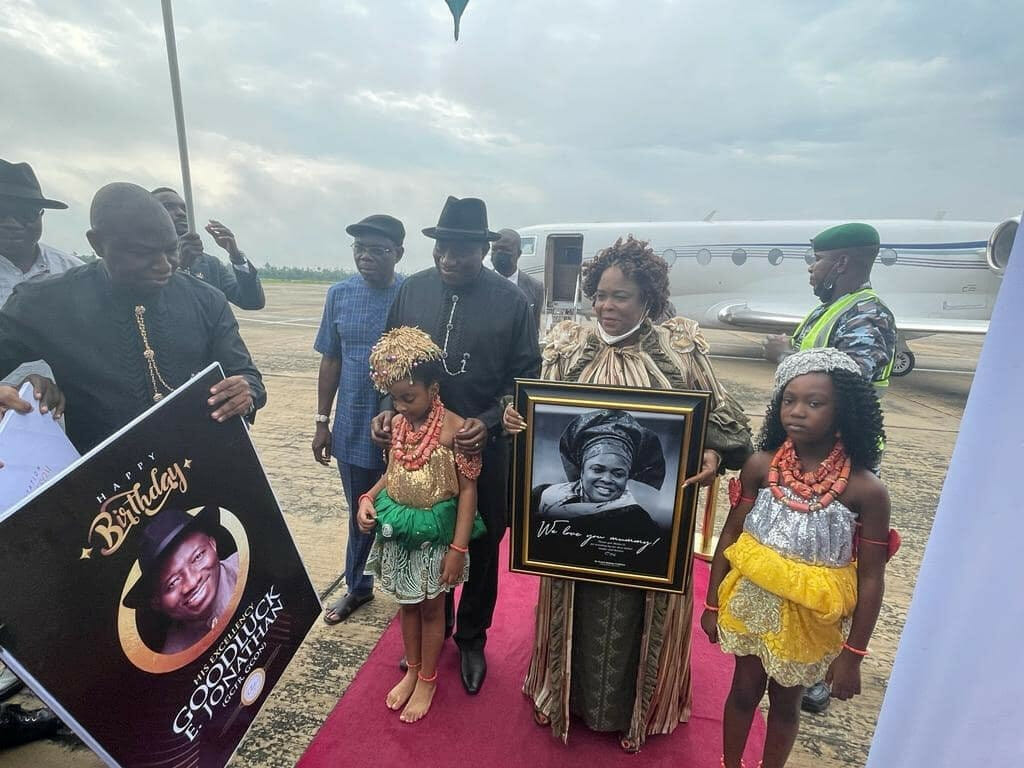