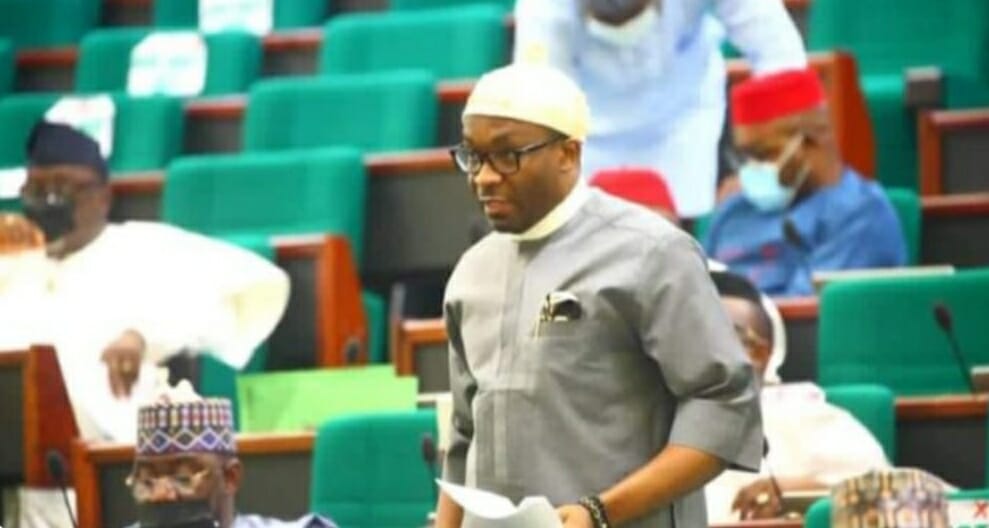 Spokesman of the house of representatives, Benjamin Kalu has stated the consultations and lobbying going on at the presidency over the electoral bill are not out of place.

Recall that on November 19, the national assembly transmitted the electoral act amendment bill to President Muhammadu Buhari for assent.

This development has led to consultations with and lobbying of the presidency as some governors are reportedly looking to influence the amendment of some clauses in the bill.

But speaking on Sunrise Daily, a Channels Television programme, on Tuesday, Kalu said though there are dissenting opinions regarding some clauses in the bill, divergent views are good for democracy.

He said he believes the president will go with the majority on the electoral bill, adding that his decision will help to advance Nigeria’s democracy.

“The national assembly expected this kind of reaction we are getting at the moment, where some are for it and some are against it, just like every piece of legislation,” he said.

“And that is what democracy is all about. If the majority of people queued behind it, this shows it is a people-oriented piece of legislation.

“I feel that consultations and lobbying going on at the presidency is not also out of place but it depends on whether the presidency would align with few and a handful of people against the majority of people who are saying we need to advance our democracy from where it is to where it ought to be, if not completely, at least closer to what it ought to be.

“We are battling with the electoral calendar that we need to meet up with, so if there are issues that people have, go ahead, know those issues, follow the legislative process, and speak with your representatives.

“So that by the time it goes for the president to assent to it, and it comes back just like the PIB, it will be accommodated by the House.

“But INEC needs to move on and a lot of planning is involved for the 2023 elections.

“No law is cast in stone, if the public has a good number to amend a piece of legislation, they should do so using the right platform and will be tolerated.

“I think the dissenting opinions regarding the clause 52 and 87 that everyone is talking about are very healthy in strengthening our democracy.

“We are encouraging Mr. President to move on. Mr. President is looking at what is before him and he is consulting the national assembly on that.”