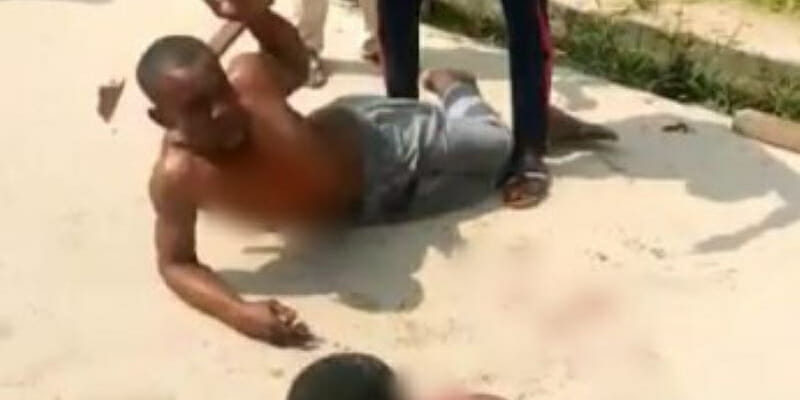 Angry mob beat two suspected POS-armed robbers to stupor after they allegedly tried robbing a female operator while they were armed with a gun in Ughelli, Delta state.

According to sources, the POS robbers were arrested at Onoharigho street after the female operator held one of the suspect’s trousers despite a threat to shoot her.

The Female POS Operator shout for help attracted youths in the area who pursued the suspected thieves, apprehended them, and beat them up. 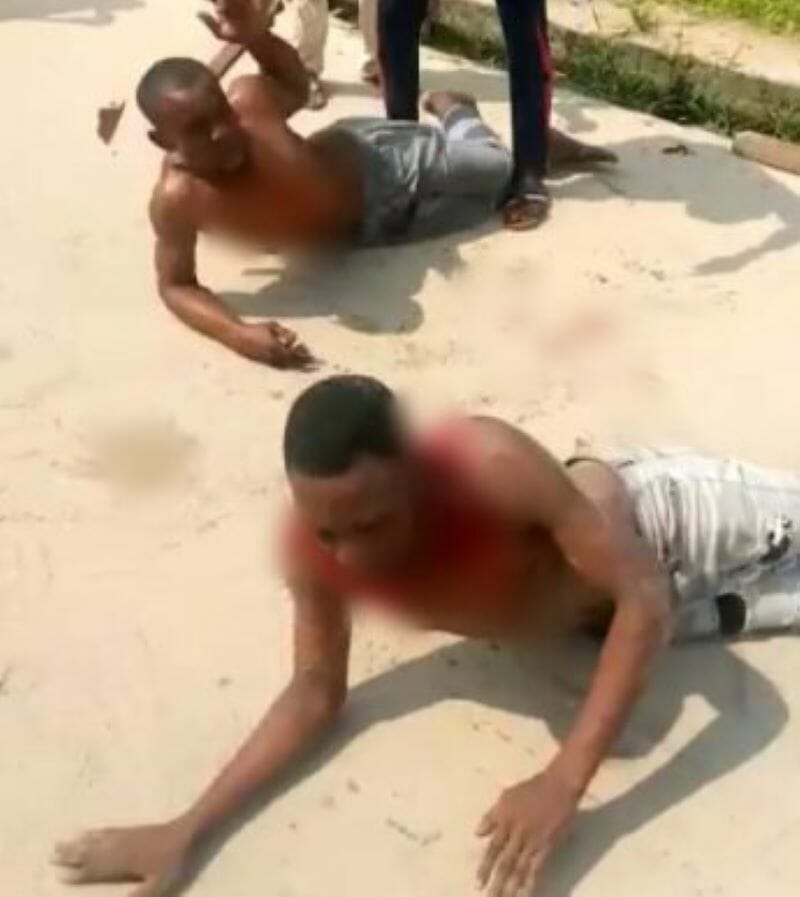 Spokesperson of the state Police Command, Edafe Bright, said the timely intervention of policemen from the Ughelli area command prevented the angry youths from setting the suspects ablaze.

A third suspect according to the police spokesperson escaped with their operational motorcycle and a cut-to-size gun, leaving the two suspects in a pool of blood.

The suspects are presently being detained at the police area command in Ughelli, while efforts are on to arrest the fleeing suspect according to the police public relations officer.