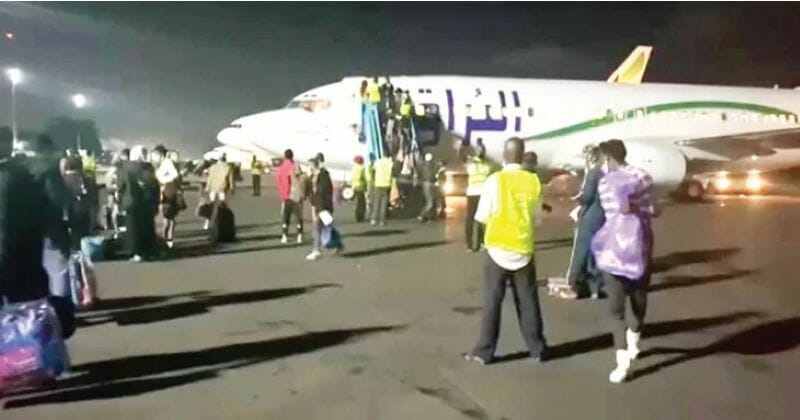 21-year-old returnee narrates how they were kidnapped, raped while travelling to Libya

21-year-old lady simply identified as Omoniyi has narrated how she and her co-travellers were abused during their sojourn in Libya.

Omoniyi was part of the 330 stranded Nigerians repatriated to the country in two batches on Wednesday at the Murtala Muhammed International Airport, Ikeja, Lagos State aboard Al Buraq Airline Boeing 737-400.

The returnee said she collected the sum of N800,000 from her father under the pretext of starting a business and left Nigeria in 2018 when a friend introduced her to a trafficker.

She said, “I lost my mum at a tender age and was being cared for by my maternal family. I thought I was being maltreated and ran away from the house to meet my dad.

“From my father’s custody, a friend convinced me to meet her in Ibadan in 2018, where I was introduced to the idea of travelling to Libya where I was told that I could work and receive a monthly salary of N120,000. I deceived my dad that I wanted to establish a business and he gave me N800,000. But I used it for the Libya trip through the desert.

“I went from Ojo in Ibadan to Kano and Niger and from there to the desert. When we got to the desert, about 50 of us were kidnapped, raped and beaten and we were told to call our traffickers to come and bail us; she bailed me with N1.2m. When I came out, I stayed in Sabha for one week and later went to Tripoli to treat myself and later came back to Sabha. I paid my trafficker almost N2m to free myself.

“I started working for myself this year April to August where I was collecting N120,000. But the Arab person I was working for didn’t pay me for six months and I left there. I went to a motor park to stay with an uncle, who promised that I would go to Nigeria soon. But the police came to bust our house and collected all our property, including our money and we were thrown into prison.”

The victim said she will try locate her father, as she had lost contact with him when the police arrested her in Libya.

“I have to wait for the time that my transport allowance would be paid before I can buy a phone and try to gamble with several numbers to know if I can get dad’s contact. I will never advise anyone, even my enemy, to think of going to Libya,” she added.