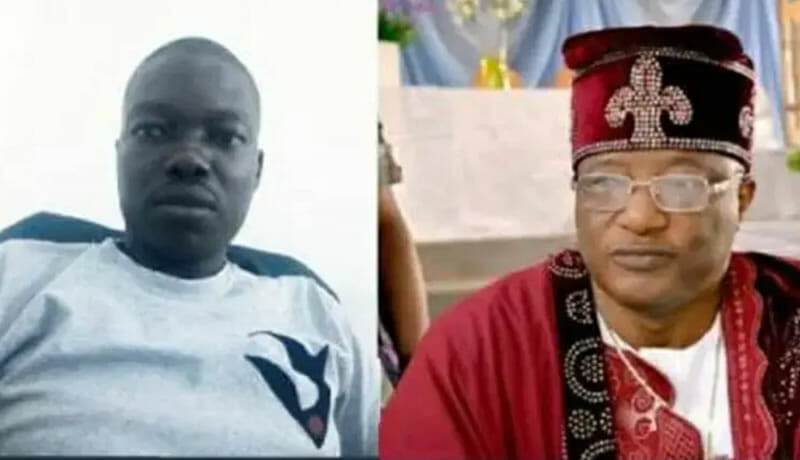 How Hilton Hotel Monitored My Husband Before He Was Killed – Wife Of OAU MBA Student, Adegoke

Bola Adegoke, widow of Timothy Adegoke, the Obafemi Awolowo University (OAU) MBA student who was found dead at the Hilton Hotel and Resorts, Ile-Ife, Osun State, revealed how her husband was monitored before his death.

She also noted that her late husband was planning to relocate his family abroad over the rising insecurity in Nigeria.

Speaking with FIJ, she said, “He said he would relocate me, his children and his parents abroad while he would remain in the country. His parents sent him to school from the proceeds of farming, and he stopped them from going to the farm.

“My husband had always used the hotel. So, they had been monitoring him. They were 16 in the hotel that night, and he was the only one they killed. I heard the hotel owner only uses people with good luck. We attend a white-garment church, and we had been told my husband had good luck.”

The mother of three children noted that getting justice for her husband could prevent such incidents in the future, especially at a time the country is faced with insecurity of all kinds.

“Although we have accepted our cross, I want justice. People must use hotels. If you travelled down to this place, you would still want to be lodged in a hotel in the evening. Ensuring justice in this case will discourage those who have plans to kill other people right now,” she said.

It was earlier reported that Usman Baba, the Inspector-General of Police, had waded into the case of Adegoke, who was found dead at the Hilton Hotel and Resorts, Ile-Ife, Osun State.

Over 50 herders armed with AK-47 killed our village head, others,…

A police source, who spoke on the condition of anonymity, had said a team from Abuja arrived at the Osun Police Command on November 25 to work out modalities on how to transfer the investigation to Abuja.