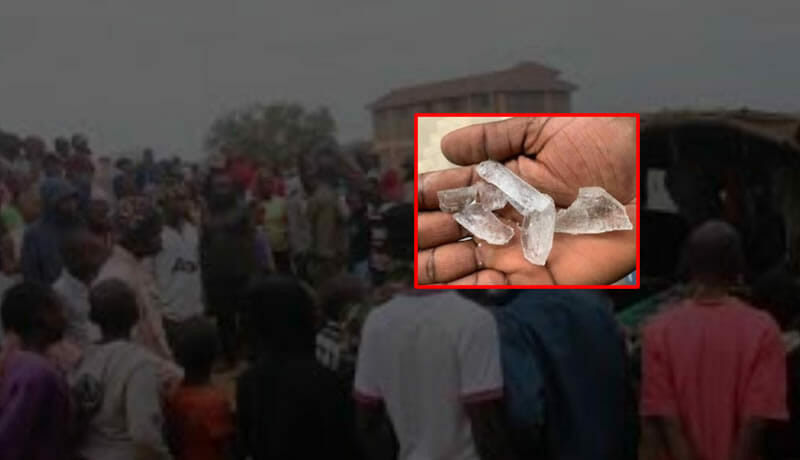 There was palpable tension in Anara market in Imo state after a 27-year-old man, Darlington Ugboaja, was beaten to death for allegedly being in possession of a local drug, Methamphetamine, but popularly known as Mkpurummiri.

Traders out of fear of a reprisal attack from the victim’s kinsmen hurriedly shot their stalls.

WITHIN NIGERIA had reported that the Indigenous People of Biafra, IPOB, declared war against Mkpurummiri consumers in the South-East.

The secessionist group asked communities to monitor where such drugs were being sold in their localities and report to IPOB offices nearest to them.

According to PUNCH, a source who doesn’t want to be mentioned said the victim lost consciousness while some youths were administrating jungle justice on him and he was pronounced dead when rushed to a hospital for a revival.

The source said ” They saw him coming out from a bunk were drugs are sold. They suspected he had Mkpurummiri in his possession. They quickly searched him and found the substance. They immediately tired his hands on an electric pole and started beating him.

“He lost consciousness and he was rushed to Anara Health Centre but unfortunately there was no doctor on duty. They rushed him to another hospital at Umunachi where he was pronounced dead ”

The police spokesperson for the command, Micheal Abattam, said the incident had not been reported at any police station in the state.