The national caretaker committee of the All Progressives Congress (APC) has stated that it is yet to receive a copy of the court order sacking the party’s executives in Kano loyal to Abdullahi Ganduje, the governor.

This was made known on Monday by APC national secretary, John Akpanudoedehe while speaking with journalists in Abuja.

According to Akpanudoedehe, the party will apply for a certified true copy (CTC) of the judgement and study it before taking any action.

The Ganduje faction and that of Ibrahim Shekarau, a former Kano governor, had both conducted parallel congresses that produced Abdullahi Abbas and Haruna Danzago as chairmen of Kano APC, respectively.

Dissatisfied, the Shekarau faction went to court and, in November, secured an order nullifying the congress that produced the executives of the Ganduje faction.

Akpanudoedehe said the party did not send two committees to Kano to conduct congresses.

“We are responsible leaders of the party and we won’t like to comment on a judgement that we have not seen,” the secretary said.

“All I can tell you now is that we are going to apply for a certified true copy of the judgement. We have not seen it. We need to study the judgement.

“We did not give letters to two committees. How could we have done that? We won’t put fire in our own house, we know the people we gave official letters to go to Kano and conduct official assignments. That is the team we will accord recognition to.”

Also speaking with journalists, Auwwal Ibrahim, chairman of the congress committee in Kano, said the exercise held by the Ganduje faction is authentic.

“A one-time deputy governor of Kano state called me and informed me that there was a parallel congress going on around one village near the prison yard,” Ibrahim said.

“I told them that as far as I was concerned I was sent from the national headquarters with the mandate to come and conduct the congress.

“So, I told him that I was the genuine chairman of the congress and we have the consent and agreement of the national headquarters to come and conduct the exercise.” 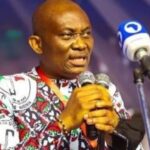 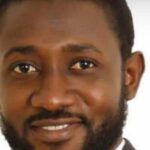 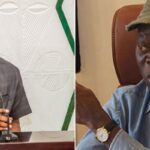